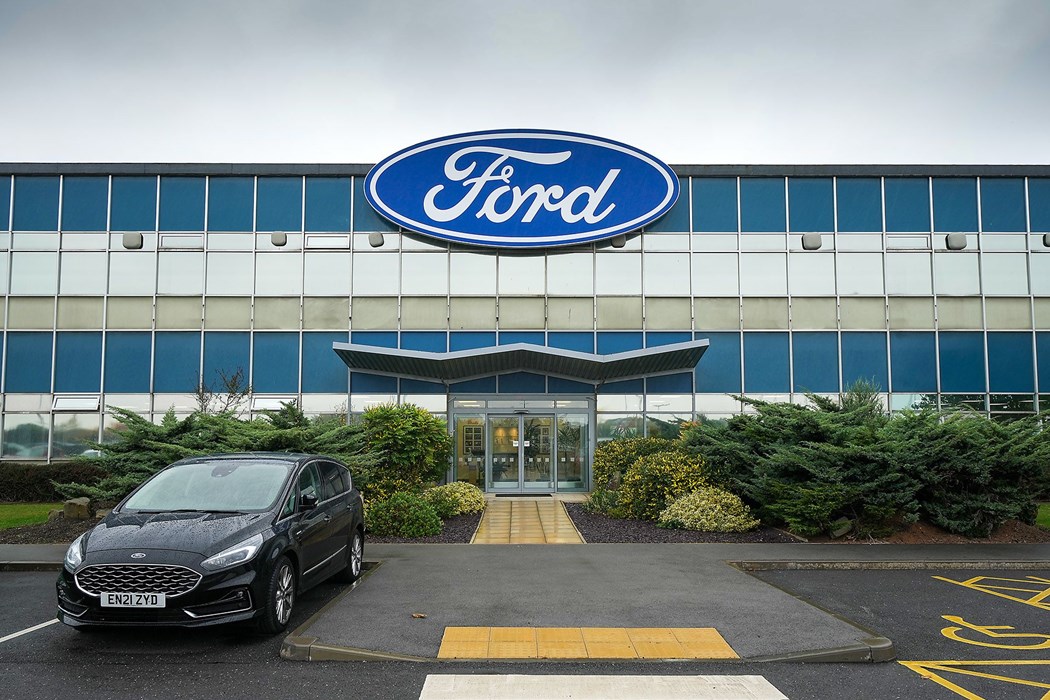 HALEWOOD, ENGLAND - OCTOBER 18: A general view of the Halewood Ford transmission assembly plant after Ford announced a 230 GBP investment on October 18, 2021 in Halewood, England. The carmaker said it would invest £230m in its Halewood plant to make electric car parts, with support from the British government's Automotive Transformation Fund, that would help safeguard 500 jobs. (Photo by Christopher Furlong/Getty Images)

(Bloomberg) -- Ford Motor Co. will spend about £150 million ($181 million) on expanding production of electric-vehicle components in England, a rare win for the UK’s struggling auto sector.

The investment will increase capacity at Ford’s Halewood transmission plant by 70% to 420,000 electric vehicle power units a year, the automaker said Thursday. Each unit is comprised of an electric motor and gearbox that replaces the engine and transmission of a conventional combustion vehicle.

Ford first announced over a year ago that it would convert the transmission-making facility near Liverpool to safeguard jobs as it aims to sell 600,000 EVs a year in Europe by 2026. Halewood is expected to supply power units for 70% of those vehicles.

The moves provide a much-needed boost to an industry beset by years of Brexit uncertainty, pandemic disruptions and shortages of components. Britishvolt Ltd., the company thought to be the country’s best hope for a homegrown EV battery maker, is struggling to stay afloat, and BMW AG recently announced it will move production of electric Mini hatchbacks to China.

Read more: The UK Car Industry’s Prospects Are Going From Bad to Worse

Ford’s fresh spending at Halewood adds to the £230 million the company pledged to the site last year. The manufacturer has a target to sell only fully electric cars in Europe by the end of this decade.

Drought-Parched California Cities to Get Little Relief Next Year