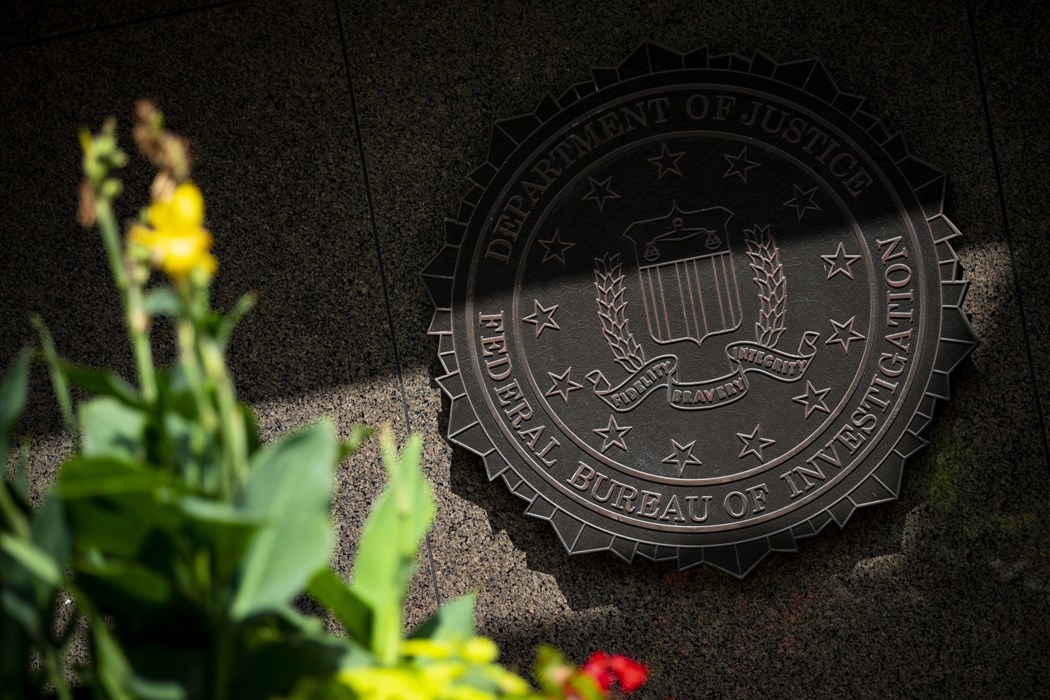 The Federal Bureau of Investigation (FBI) seal at its headquarters in Washington, D.C., US, on Monday, Aug. 22, 2022. The FBI has come under intense political criticism for executing a search warrant on Donald Trump's Mar-a-Lago home in Florida and is confronting threats that don't appear to be subsiding, including an armed man who attacked the bureau's Cincinnati field office. Photographer: Al Drago/Bloomberg

(Bloomberg) -- The FBI is investigating after a firearm was used to disable two power substations in central North Carolina that plunged approximately 45,000 people into darkness, local officials said Sunday.

“Extensive damage” from the attack was discovered around 7 p.m. Saturday evening in which a firearm was used to disable the substations in Moore County, North Carolina, county sheriff Ronnie Fields said in a news conference. A county-wide 9 p.m. curfew was being implemented Sunday to protect citizens and businesses, Fields said.

The attack was an “intentional, willful and malicious attack,” state Senator Tom McInnis said during the news conference, adding that “the perpetrator will be prosecuted to the fullest extent of the law.”

Power may not be completely restored until Thursday, utility Duke Energy Corp. said in a statement, adding that it was repairing multiple equipment failures.

The attack comes amid growing concern from federal officials about the vulnerability of the nation’s power grid to terrorism and the security of key pieces of equipment. Substations are critical links to the nation’s transmission systems yet are typically left unguarded.

A motive for the attack remains unknown, North Carolina Representative Richard Hudson said in a statement Sunday. Fields said authorities were investigating if there was a link between the attack and protesters of a local drag queen show, though no evidence had been found tying the two.

Energy Secretary Jennifer Granholm said she’d be in contact with the utility, and the agency’s Office of Cybersecurity, Energy Security, and Emergency Response was working with other federal departments on the incident.

Nigeria’s Geregu in Talks With Afreximbank Unit for Equity Stake