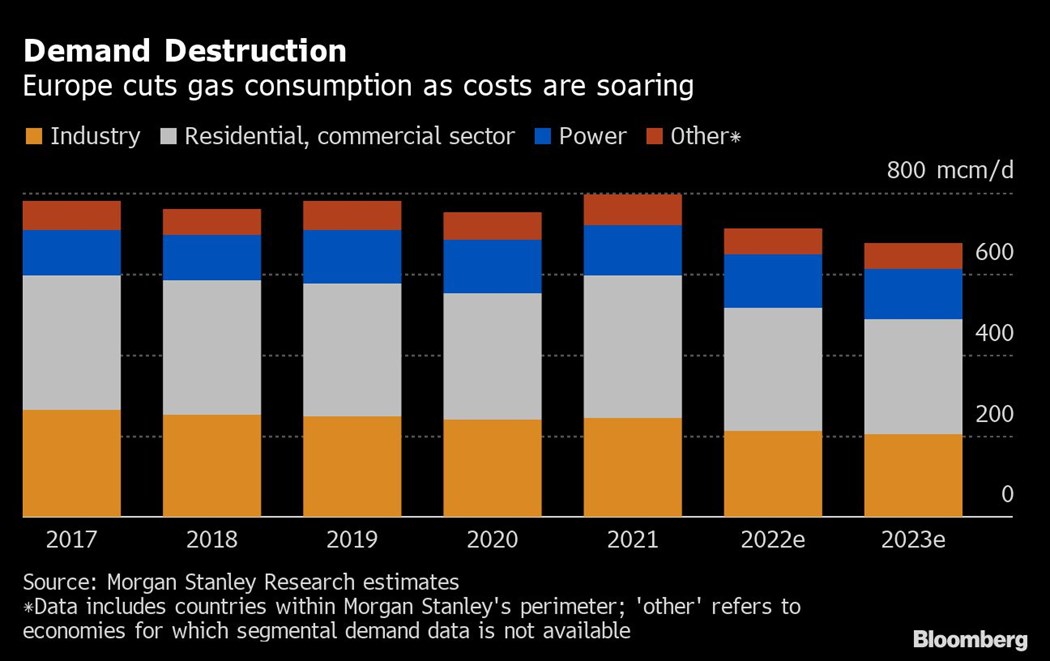 (Bloomberg) -- Natural gas prices in Europe headed for a second day of losses, with signs of extra supplies from the US offsetting concerns about shipments from Russia.

Benchmark futures fell as much as 4.6% following a recent rally as traders assessed several conflicting factors.

A major export terminal in Texas, shut earlier this year after a blast, reached an agreement with regulators to restart in early October at almost full capacity. While the Freeport LNG facility had already indicated that it planned to resume operations by then, traders expected a more gradual return.

The restart of the plant should come as a relief for Europe, which desperately needs additional supply from the US as Russia curbs fuel shipments to the continent. The region is facing a historic energy squeeze that is rippling through the broader economy, fanning inflation.

Last week, Gazprom PJSC cut shipments on the Nord Stream pipeline to Germany to 20% of capacity, citing issues with equipment at the link’s entry point. That sent gas futures to the highest levels since March, during the first weeks of Russia’s war in Ukraine. Yet, the build-up of European stockpiles, coupled with falling consumption by industry, has helped to keep prices in check in recent days.

Dutch front-month gas contract, the European benchmark, traded 2.6% lower at 193.87 euros per megawatt-hour by 12:53 p.m. in Amsterdam. The UK equivalent was 0.8% higher, with a number of gas facilities in the country undergoing seasonal maintenance.

Extra gas from the US “should help ease some of the tightness in the spot market we have seen recently, as well as put pressure potentially on Gazprom to reassess the compressor issue at Nord Stream,” said Nick Campbell, a director at consultant Inspired Plc. Higher LNG flows should impact prices and therefore affect Russia’s gas revenues, he said.

A standoff between Moscow and Berlin over the Nord Stream equipment has become an apparent stalemate. The Kremlin said Thursday that Gazprom would like to get the turbine back, but the company needs documents to show that the equipment isn’t subject to international sanctions.

“The Russian government decides what the export level is,” said Thierry Bros, a professor at the Paris Institute of Political Studies. “The rest is just a show for prime time TV.”

Separately, Uniper SE warned it may have to cut output at two key coal-fired power plants in Germany as fuel supplies are limited because of low water levels of the Rhine river. Hotter river temperatures are also affecting nuclear plants in France.