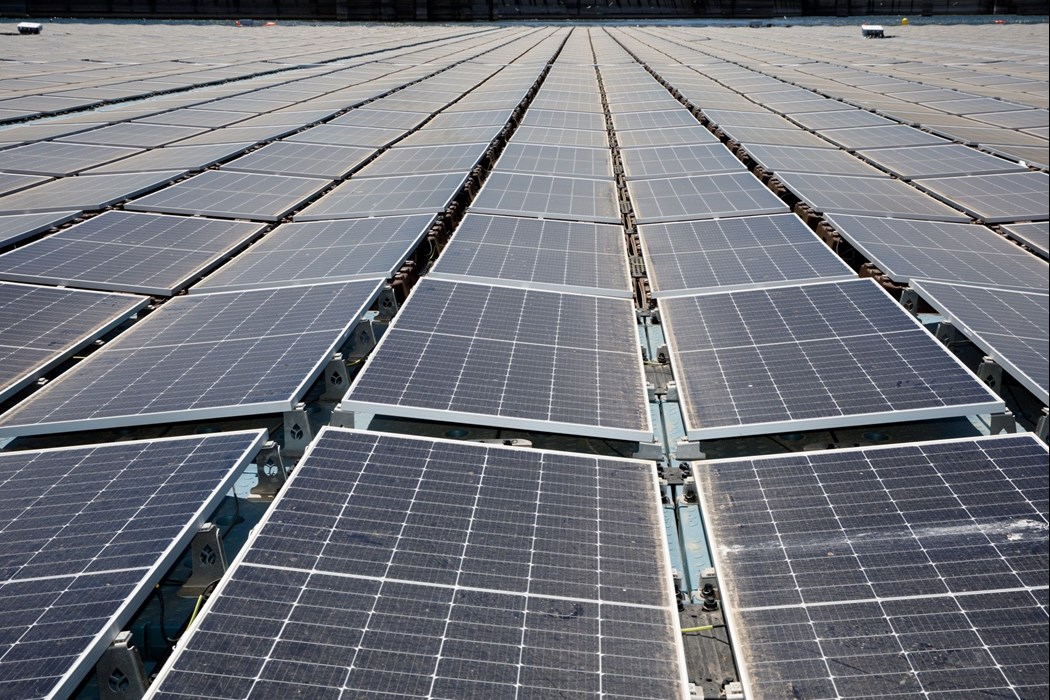 Solar panels which form part of the floating solar farm, operated by EDPR, during preparations for operational use in Alqueva, Portugal, on Tuesday, June 7, 2022. EDPR, the renewables arm of Portugal’s main utility EDP, will pay for the electricity generated at a floating solar project it bid to build in an auction, without any compensation in return. Photographer: Goncalo Fonseca/Bloomberg

Investment firm Global Infrastructure Partners is also among suitors that have been considering a potential acquisition of the portfolio, the people said, asking not to be identified because the information is private. Potential buyers have been weighing offers of more than $3 billion, according to the people.

Shares of Con Edison were down 0.9% at 12:28 p.m. Friday in New York, giving it a market value of about $34 billion. The company announced in February it was exploring strategic alternatives for the clean-power business. It’s working with Barclays Plc on the potential sale, Bloomberg News has reported.

Any transaction would add to the $64 billion of alternative energy deals announced this year, according to data compiled by Bloomberg. Total expanded in the US market earlier this year by acquiring 50% of renewable developer Clearway Energy Group, which it now jointly owns with GIP.

Deliberations are ongoing, and there’s no certainty the suitors will proceed with formal bids, the people said. Representatives for GIP, RWE and Total declined to comment, while a spokesperson for Con Edison didn’t immediately respond to a request for comment.

A sale would add to a string of deals by legacy energy firms looking to expand their foothold in renewable technology. Shell Plc agreed in July last year to buy Inspire Energy Capital, a residential renewable energy retailer in the US. BP Plc bought a portfolio of US solar development projects last year from 7X Energy.

Con Edison operated about 3 gigawatts of utility-scale renewable projects as of the end of 2021, according to corporate filings. The assets include solar farms in Texas and California and wind farms in Nebraska, South Dakota and Montana, the company’s website shows.