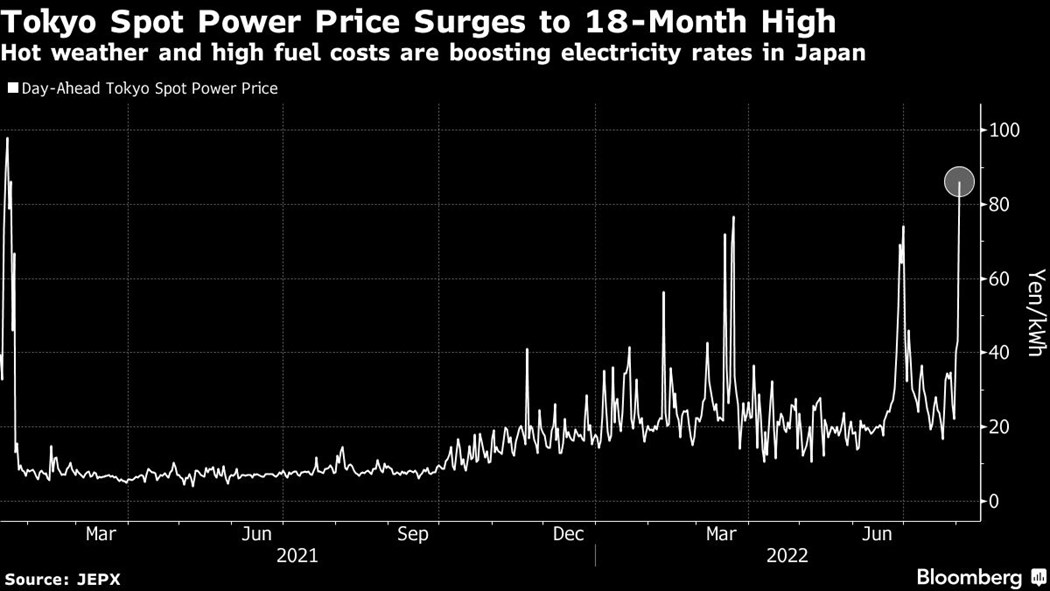 (Bloomberg) -- Power prices in Japan’s capital jumped to the highest level in 18 months as surging temperatures stretched the grid.

Hot weather is expected to boost electricity use above demand forecasts during some parts of the day, which will worsen as solar output drops in the evening, according to Tokyo Electric Power Co. The metropolis’s power reserve cushion is expected to fall to near 3% in the evening, the minimum level seen as necessary to ensure a stable grid.

Tight supply, coupled with surging costs to buy fuel on international markets, are threatening to increase electricity bills for households and businesses in Japan, while the government continues to urge consumers to cut usage. With no relief seen before the end of winter, the high prices could have knock-on effects for inflation.

Wholesale power prices for next-day delivery for Tokyo doubled to 86.1 yen (66 cents) a kilowatt-hour on Tuesday, the highest since January 2021, according to data from the nation’s electricity exchange. Surging liquefied natural gas and coal prices are also boosting the cost to generate electricity in Japan, which depends on overseas fuel.