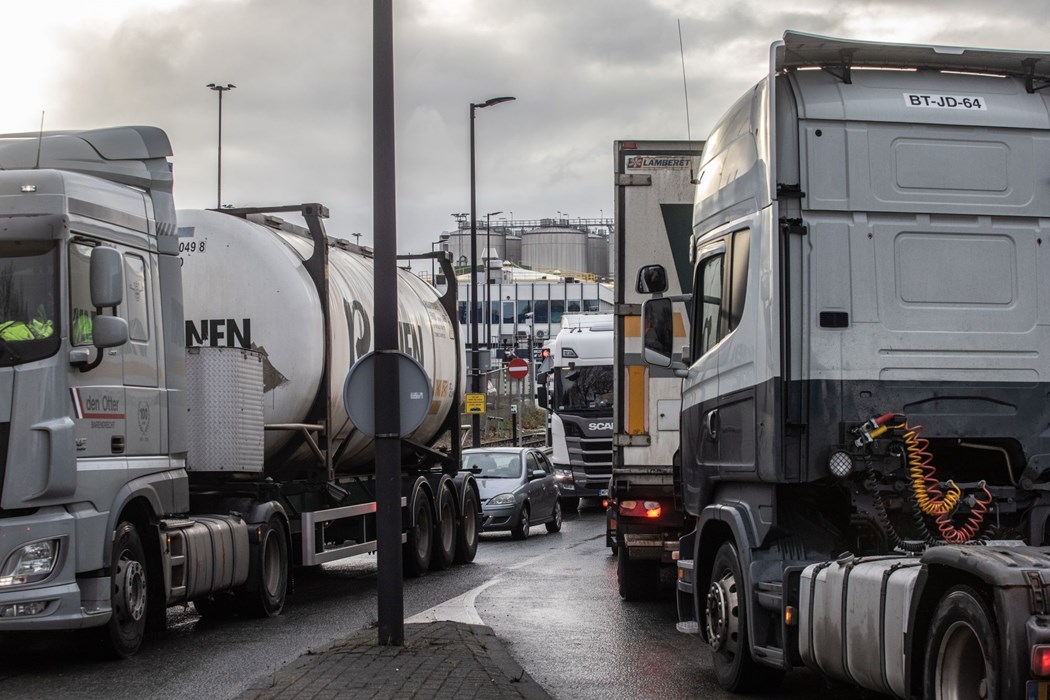 Haulage trucks queue in traffic jams at the DFDS ferry terminal at the Port of Rotterdam in Rotterdam. Photographer: Peter Boer/Bloomberg

(Bloomberg) -- The Netherlands is leading calls for the European Union to target zero emissions from heavy duty vehicles to bring the polluting sector in line with its climate neutrality goals.

The European Commission should set a goal of reducing emissions by 100% from new trucks, buses and coaches, according to a document seen by Bloomberg and also backed by Belgium, Denmark and Luxembourg. When the commission puts forward green freight transport regulations as soon as next month, it should also include a strengthened target for 2030, they said.

“The current CO2 reduction targets are only applicable to a small share of freight vehicles on the road, leaving almost 35% of emissions out of scope,” according to the document. “An ambitious revision is much needed.”

The proposed revision comes after a landmark agreement to effectively ban the combustion engine in cars from 2035. But decarbonizing heavy vehicles is more challenging as their weight makes them difficult to electrify, while hydrogen technologies are still at an early stage.

The sector is responsible for around a quarter of carbon emissions from EU road transport, where pollution levels climbed steadily over the past decade.

The 15-year average life expectancy of a new truck implies that the 100% emissions target would need to be in place by 2035, according to one official familiar with the matter. Currently, truck manufacturers must ensure that emissions across the fleet are reduced by 15% by 2025 and 30% by 2030.

The countries argue that charging and refueling regulations that are currently being negotiated will be an opportunity to spur decarbonization in heavy vehicles.

“Heavy road transport is responsible for more than a third of carbon emissions,” said Vivianne Heijnen, Dutch minister for environment. “This is an opportunity to act. We know it’s necessary, we have the technology, and I see that transport companies want to move forward.”