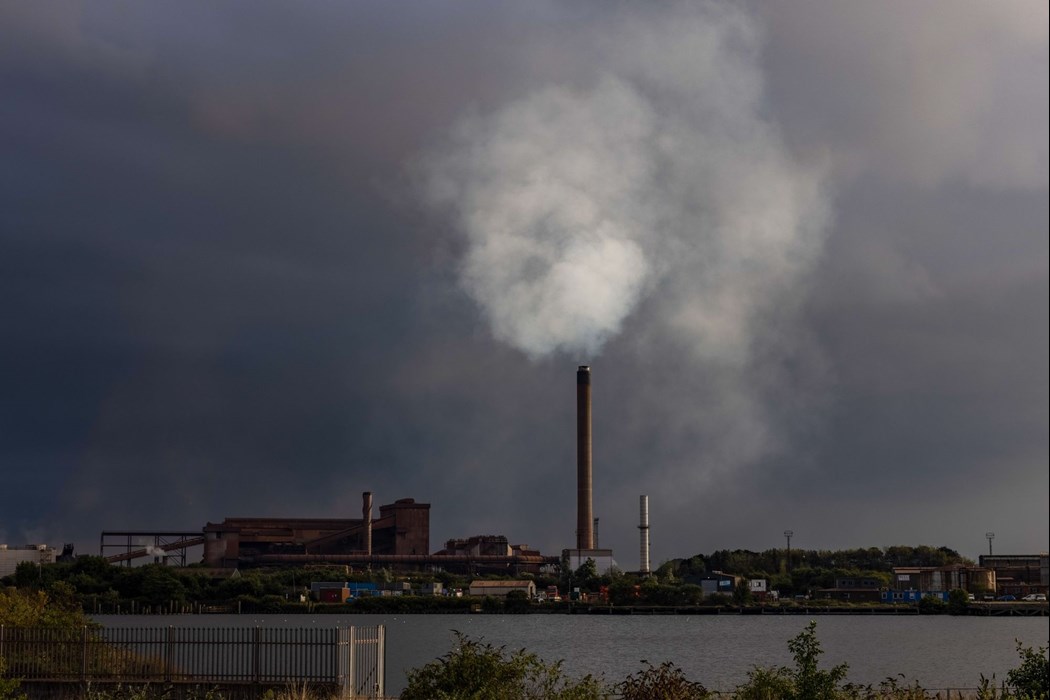 Emissions being released by a chimney at the steel plant, operated by Tata Steel Ltd., in Port Talbot. Photographer: Hollie Adams/Bloomberg

(Bloomberg) -- The UK is updating its blueprint for cutting emissions by decade’s end but leaving the headline target unchanged as it prepares for climate talks in Egypt against the backdrop of a severe energy crisis.

Britain will submit its Nationally Determined Contribution in time for inclusion in the United Nations’ calculation of whether countries are on track to limit global warming to 1.5 degrees Celsius compared with pre-industrial levels, as spelled out in the Paris Agreement.

The expanded document will reiterate the nation’s goal to reduce emissions at least 68% by 2030 to keep in step with that accord, but it won’t signal any larger cuts, based on a statement by Graham Stuart, the climate minister. One change is that the NDC is being expanded to include the UK’s crown dependencies and overseas territories.

“The UK’s NDC requires the fastest rate of reduction in greenhouse gases between 1990 and 2030 of any major economy and is on a trajectory to net zero by 2050,” Stuart said in the statement. “The UK has shown leadership by revisiting its own NDC to ensure it remains a fair and ambitious contribution to global action on climate change.”

The update comes amid a severe energy crisis that’s increased pressure on the government to boost fossil-fuel production as consumer bills skyrocket. Globally, countries have been returning to dirty sources of energy, particularly coal, to keep the lights on. That stands in stark contrast to commitments made in Glasgow, Scotland, last year to “phase down” use of the dirtiest fuel.

Britain became the first major economy to pass a net-zero emissions law and made a big push as the host of COP26, the UN climate talks in Glasgow. Investors are calling on new Prime Minister Liz Truss to maintain those ambitions, though she lifted a national moratorium on exploration for shale gas Thursday.

Countries agreed in Glasgow to revise their climate pledges this year, yet few have followed through. Climate Action Tracker said only 17 nations submitted revised plans, and just one -- Australia -- announced a stronger target.

Heavy emitters Brazil and India submitted fresh NDCs, but the US and China haven’t.