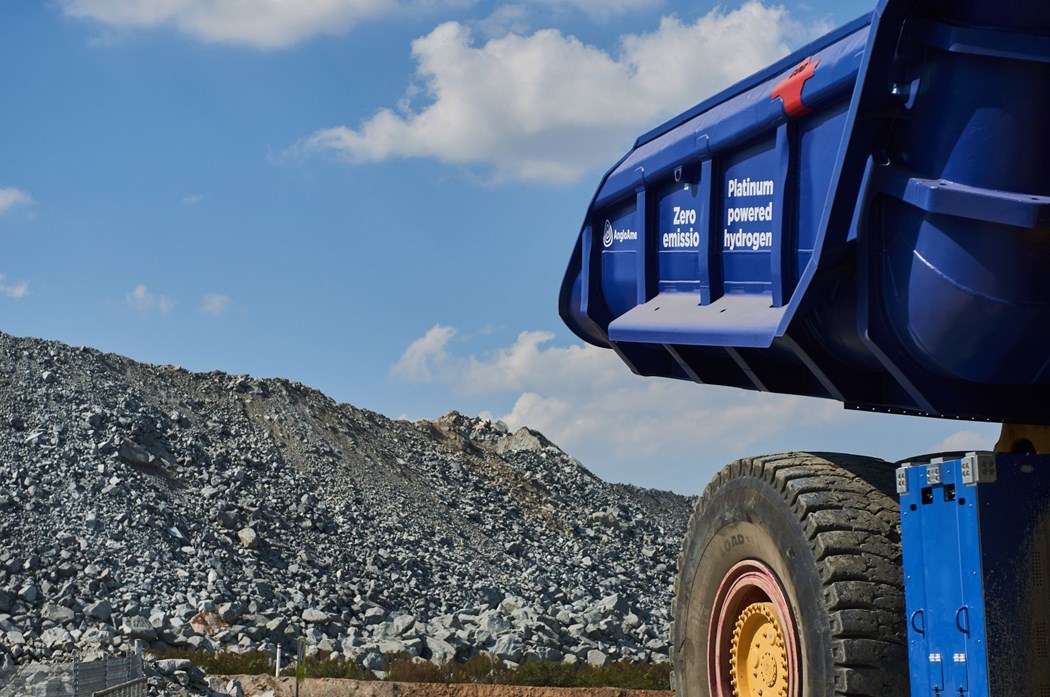 A decal reading 'Zero Emissions, Platinum Powered Hydrogen' on the side of a hydrogen-powered truck, part of Anglo American Plc's NuGen carbon-neutral project, at the Anglo American Platinum Ltd. Mogalakwena platinum mine in Mogalakwena, South Africa, on Friday, May 6, 2022. Anglo American unveiled the worlds biggest green-hydrogen powered truck at a platinum mine in northeast South Africa where it aims to replace a fleet of 40 diesel-fueled vehicles that each use about a million liters of the fossil fuel every year.

(Bloomberg) -- Members of the International Council on Mining and Metals are planning a joint effort to test hydrogen and other zero-emission technologies in a bid to shift away from diesel-fueled vehicles.

Members, which include producers BHP Group and Glencore Plc, are pitching sites to pilot technologies including electrolysis plants, trolley-assist haulage and regenerative braking, according to Rohitesh Dhawan, ICMM’s chief executive officer. The group expects to choose 50 sites within the next two months to form a development network, the results of which will be shared with the rest of the industry.

The testing network follows a push to bring mining companies and manufacturers together to speed the development of zero-emission vehicles. While mass availability of hydrogen and electric trucks is expected in 2027 -- compared with an earlier projection of 2040 -- Dhawan hopes to shorten that cycle further.

“We’re focused on what can we do as an industry to make sure that we adopt these and accelerate the deployment of them as quickly as possible,” he said in an interview on the sidelines of a conference in Peru. “Inevitably, that will mean working with national governments to figure out what their plans are.”

US Redoubles Efforts to End Dependence on Russian Nuclear Fuel