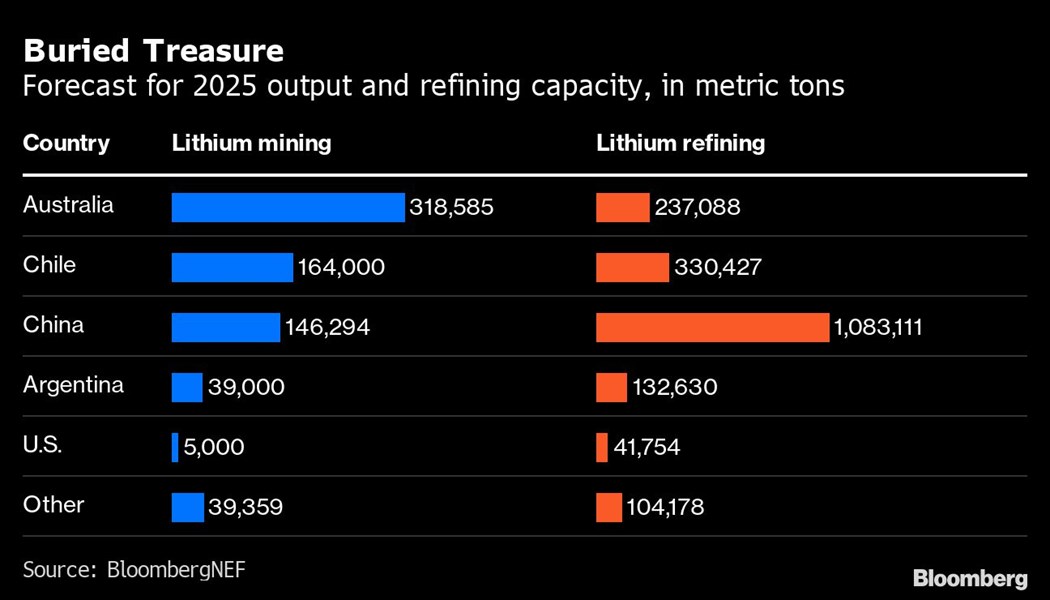 (Bloomberg) -- Tesla Inc. is plotting a potential lithium refinery on the gulf coast of Texas, a move that would bolster the company’s battery-production efforts and further expand its footprint in the state.

The electric-car maker has told officials that it’s considering constructing a “battery-grade lithium hydroxide refining facility,” in Nueces County, according to a newly public application for tax breaks filed with the Texas Comptroller’s Office. Tesla pitched it as “the first of its kind in North America.”

If built, Tesla told the state that the facility would process the raw ore material into a state suitable for battery production. The resulting lithium hydroxide it creates would be “packaged and shipped by truck and rail to various Tesla battery manufacturing sites supporting the necessary supply chain for large-scale and electric vehicle batteries.”

Tesla also said the process it will use is “innovative and designed to consume less hazardous reagents and create usable by-products compared to the conventional process.”

Chief Executive Officer Elon Musk has spent much of the last year agitating for rapid development of lithium mining in North America, comparing the opportunity to the fat margins typically made in the software industry.

“I’d like to once again urge entrepreneurs to enter the lithium refining business. The mining is relatively easy, the refining is much harder,” Musk said on Tesla’s second-quarter earnings call in July. “You can’t lose, it’s a license to print money.”

While merchant refiners’ profitability spiked earlier this year in part because of EV demand, margins declined considerably from a March peak as the companies were squeezed by rising raw-material prices.

Read more: The Big Money in Lithium Is Getting Harder to Make

Dozens of projects are underway to add similar plants in other nations, including developments in Germany and Australia, which began production at a first refinery earlier this year. Albemarle Corp., the world’s top lithium producer, is planning to build a new processing site in the southeastern US.

China currently dominates lithium refining and has more than half of global capacity to process raw materials harvested at mines or from salt-rich underground brines into the specialist chemicals used in EV batteries.

A lithium mining facility would be just the latest addition to Musk’s growing Texas empire. Beyond the new automotive factory in Austin that started production this year, Musk has built out a massive rocket prototyping and launch facility in Boca Chica, Texas. His tunneling outfit, The Boring Company, is also pursuing numerous projects across the state.

Tesla has previously applied for permits to make similar battery materials adjacent to its Austin factory, though the current status of the project is unclear.

Rivian Gets a $3 Billion Boost by Making Mercedes a Frenemy