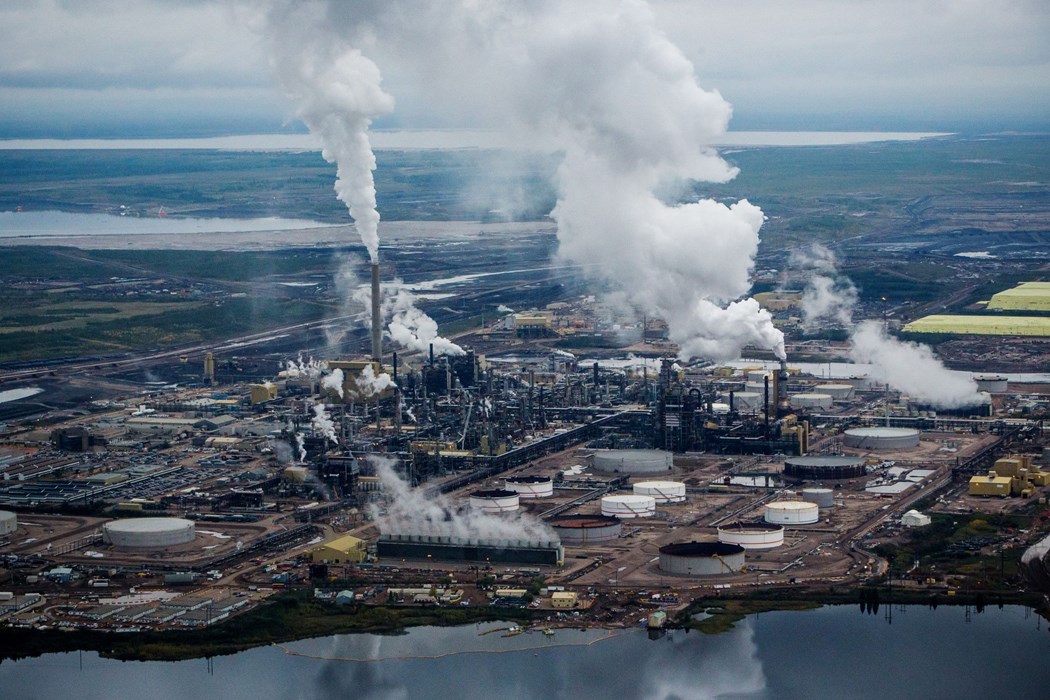 Steam rises from the Syncrude Canada Ltd. upgrader plant in this aerial photograph taken above the Athabasca oil sands near Fort McMurray, Alberta, Canada, on Monday, Sept. 10, 2018. While the upfront spending on a mine tends to be costlier than developing more common oil-sands wells, their decades-long lifespans can make them lucrative in the future for companies willing to wait. Photographer: Ben Nelms/Bloomberg

(Bloomberg) -- A carbon market in Canada’s oil-rich Alberta province is getting an injection of speculative money from an asset manager jockeying to become a top investor on a platform dominated by energy firms.

Durum Capital Inc. agreed to boost its holdings of carbon credits to more than 400,000 from 22,000 via two limited partnerships, according to Spencer Gordon, vice president of the Calgary-based firm. The purchased credits, to be delivered by the second quarter of next year, may put Durum among the 15 largest holders in the market, he said. The deal is funded with a C$15 million ($11 million) private sale by Wellington-Altus Private Wealth Inc. and C$6 million from other investors.

“We really like these carbon credits that have a lot of value going forward,” said Gordon, who also oversees the firm’s Durum Carbon fund. “We do expect that value to increase as the carbon pollution price increases. It’s just part of the shift we are seeing of this really becoming more mainstream.”

Durum’s purchase marks a major shift for a 15-year-old market that is mostly the domain of a few dozen large industrial greenhouse gas emitters. An increase of investors speculating on the opaque market could improve liquidity and boost prices for the environmental credits traded on the Alberta platform.

Companies including Shell Plc, oil sands producer Canadian Natural Resources Ltd. and Edmonton, Alberta-based power generator Capital Power Corp. use environmental credits to cover obligations under an Alberta emissions charge. The charge is set to rise to C$170 a metric ton by 2030, from C$50 a ton this year, in accordance with guidelines by Canada’s federal government.

Sales on the Alberta market are private and prices aren’t publicly listed, though ClearBlue Markets said credits trade at about C$47.50 a metric ton -- a C$2.50 discount to the carbon price. The discount may reflect that most credits are bought to meet short-term obligations by industrial emitters rather than being held long term as an investment, Gordon said.

Speculators may pay more because they seek to hold the credits for future returns. Higher prices could also increase investment in emissions-reducing projects such as carbon capture or wind farms.

The Canadian government sees increases in the price of emissions along with tax credits for carbon-capture projects as a way to encourage companies to zero out greenhouse gas emissions from operations by 2050. Alberta’s oil sands producers have announced plans to invest tens of billions of dollars in massive carbon-capture plants to clean up an industry that has been shunned by many investors for its contributions to global warming.