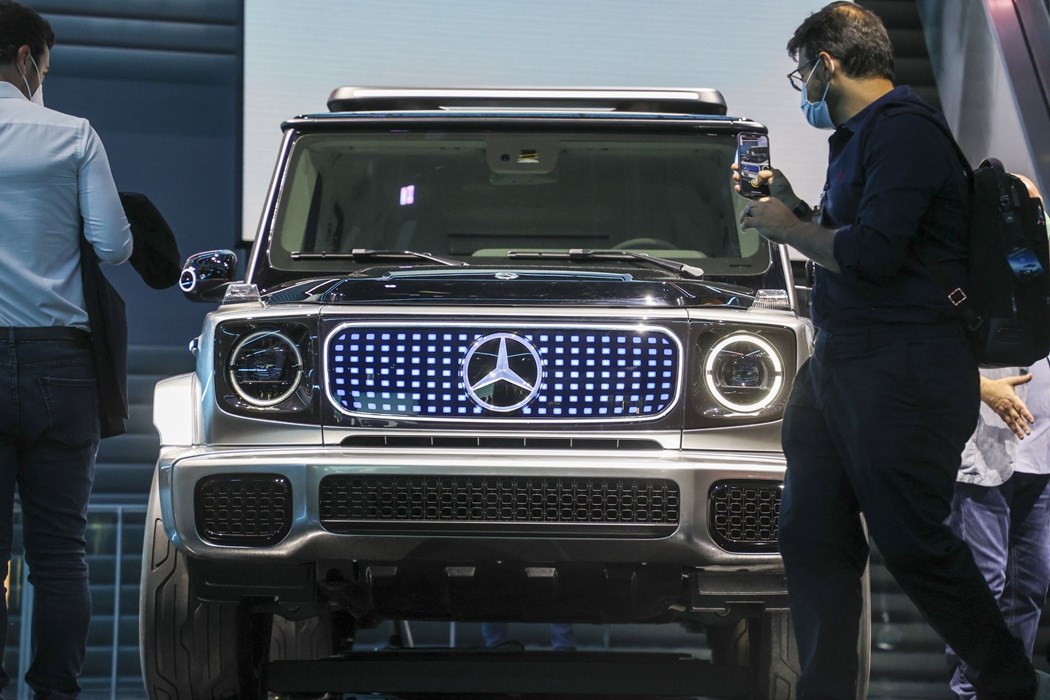 Mercedes-Benz AG’s upcoming electric G-Class will offer latest battery technology to bolster the distance the off-road icon can drive on one charge.

(Bloomberg) -- Mercedes-Benz AG’s upcoming electric G-Class will offer latest battery technology to bolster the distance the off-road icon can drive on one charge.

Mercedes will incorporate materials developed by California’s Sila Nanotechnolgies Inc. as an option for a range-extended version of the vehicle from around 2025, it said Tuesday. Sila makes a silicon anode material that goes into battery cells, boosting the amount of energy they can store.

“Delivering such a high energy density is a true game changer and allows us to think in completely new directions when developing future electric cars,” Mercedes Chief Technology Officer Markus Schaefer said in a statement.

Battery technology has become a key battleground for automakers looking to overcome consumers’ anxieties over electric-vehicle ranges. Mercedes in 2019 invested in Sila -- which is among several firms trying to substantially improve the performance of lithium-ion batteries -- to supply future models.

READ: The Electric G-Wagon Is a Dream Come True for Schwarzenegger

The G-Class is among the most expensive cars in the Mercedes range, playing an increasingly important role in the manufacturer’s strategy of boosting margins to help fund its transition to EV technology.

When a battery is charged, ions flow from the cathode to the anode. When it’s discharged, the ions reverse course. The conventional anode material is graphite, but researchers have been looking at silicon as an alternative to develop a battery that can pack more energy.

While Mercedes-Benz didn’t provide an update on the electric G-Class’s range, it said Sila’s technology would boost battery energy density by as much as 40%.

When Mercedes came up with the G-Class in the late 1970s, its boxy design and all-terrain capabilities were envisioned for soldiers and explorers. It largely stayed in that niche until the SUV boom vaulted the model more into to the mainstream, gaining high-profile customers including Sylvester Stallone, Kim Kardashian and Megan Fox.