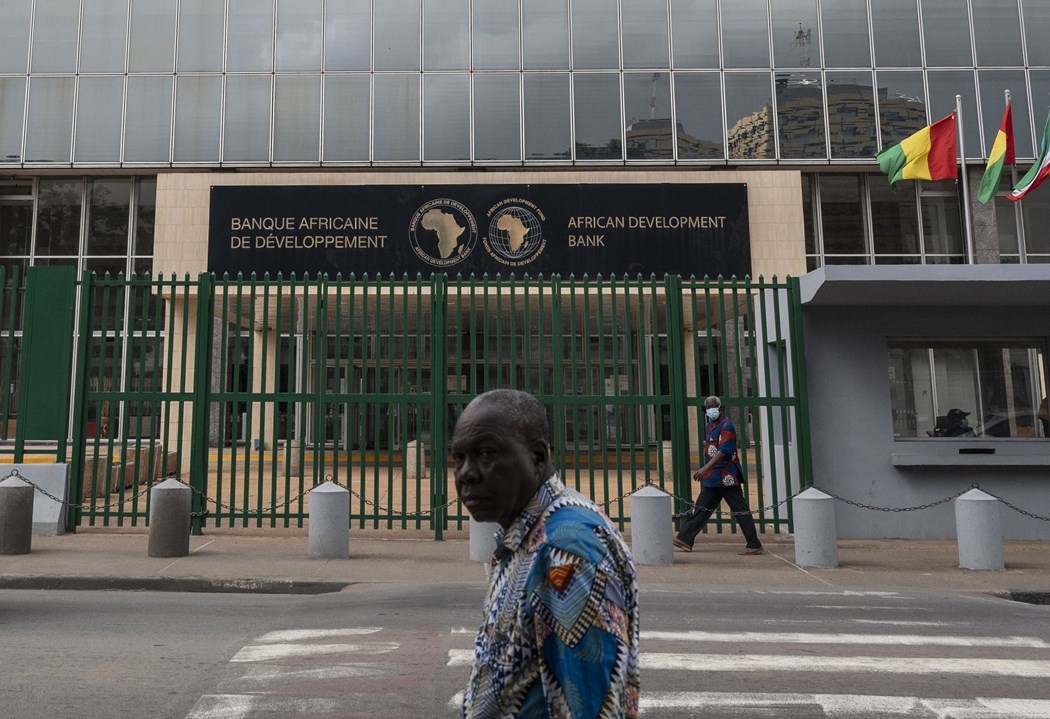 The UK has agreed to guarantee $2 billion of the debt the African Development Bank has extended to governments on the continent, allowing the lender to free up finance for climate-related projects.

ure>
Pedestrians pass by headquarters for the African Development Bank (AfDB) in the Plateau business district of Abidjan, Ivory Coast, on Monday, May 16, 2022. Surging international food prices will hit Africa’s economies the hardest and may trigger social unrest if governments fail to cushion the blow, according to a report by Oxford Economics Africa.

(Bloomberg) -- The UK has agreed to guarantee $2 billion of the debt the African Development Bank has extended to governments on the continent, allowing the lender to free up finance for climate-related projects.

The additional lending capacity will be used to fund projects for climate resilience and renewable energy, Akinwumi Adesina, president of the Abidjan, Ivory Coast-based bank, said in interview last week.

“That allows us to transfer some of our own assets, which we have on our sovereign loan books to the private sector,” he said.  “It will allow us to free up $2 billion of additional financing headroom for the bank.”

The guarantees are a step toward meeting a financing gap that Africa, the continent worst hit by climate change, needs to meet to finance the strengthening of infrastructure such as roads and bridges. At the same time, its abundant solar and renewable power resources favor the development of greener energy.

African leaders estimate that adapting to climate change -- by fortifying coastlines against rising sea levels, combating desertification and building climate-resilient roads and bridges -- would require an annual $33 billion, according to the Global Center on Adaptation.

Earlier this month, Bloomberg News reported that the UK is considering guaranteeing at least $1 billion of South African debt as part of an $8.5 billion climate finance deal designed to cut the nation’s reliance on coal and drive a shift to green energy, citing people familiar with the situation.

Some of this amount would apply to debt provided by the African Development Bank, the people said, asking not to be identified because the talks aren’t public.

Adesina reiterated plans to help South Africa raise the $40 billion his bank estimates the country needs to transition from coal. That plan, he said, would “leverage” off the $8.5 billion offered to South Africa by the UK, US, Germany, France and the European Union.

Still, he said, about $11 billion in grants, concessional finance and guarantees would be needed to give effect to the plan, which Adesina said wouldn’t see South Africa incur more debt.

“You cannot get to net zero with zero financing,” Adesina said. “We have a great plan, it’s a fantastic plan,” he said, without explaining how taking on further debt would be avoided.

BNP Paribas, ADGM explore sustainable industry action in the run up to COP28