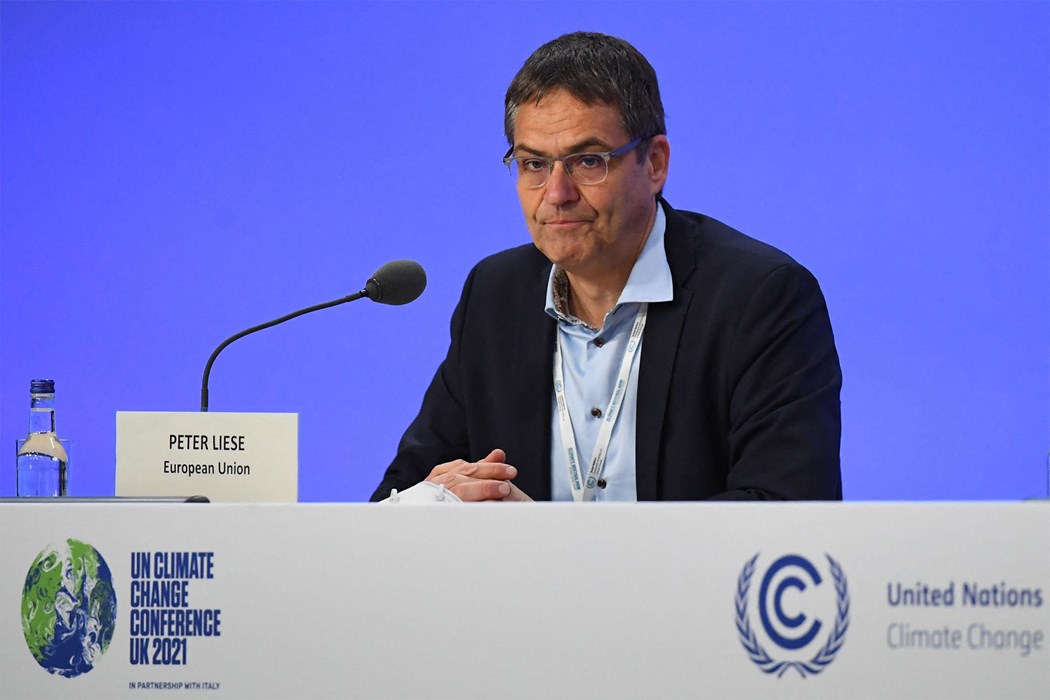 The lead lawmaker steering the overhaul of the European Union’s carbon market is set to propose some temporary opt-outs from a planned extension of the cap-and-trade program as soaring energy prices send shockwaves through the region’s economy.

(Bloomberg) -- The lead lawmaker steering the overhaul of the European Union’s carbon market is set to propose some temporary opt-outs from a planned extension of the cap-and-trade program as soaring energy prices send shockwaves through the region’s economy.

German lawmaker Peter Liese, who is leading the reform through the European Parliament, is outlining temporary exemptions from a new market for heating and transport fuels, according to a draft report seen by Bloomberg News. He’s also planning an amendment to bring forward the start of the new program by a year to 2025.

The opt-outs would give EU members the option of delaying until 2027 emissions trading for “fuels for private road transport and residential building heating,” Liese said in amendments to a reform first proposed by the European Commission in July.

The amendments underscore the challenges that Europe is facing as it grapples with both an unprecedented energy crunch and an ambitious shift to climate neutrality. Power prices in the region have surged as Russia, the biggest supplier of natural gas, limited shipments and intermittent renewables weren’t enough to cover increasing demand.

The EU is strengthening its cap-and-trade emissions program as part of the Green Deal, an overhaul to cut pollution by at least 55% from 1990 levels by 2030 and reach net zero by 2050. The market reform will involve stricter carbon limits, a gradual phase-out of free emissions permits and the inclusion of shipping. By toughening its climate policies, the EU wants to set a precedent for other nations seeking to clean up their economies to avert catastrophic rises in global temperatures.

The draft proposed by the European Commission in July is currently being debated by the EU Parliament and member states in the EU Council. Each institution has the right to propose their own changes, and then the final shape of the law will be ironed out in talks that will also involve the Commission. The whole process may take around two years.

The Greens in the European Parliament on Thursday criticized the report by Liese as not doing enough to meet the new climate goals. They want changes, including a minimum carbon price of 60 euros per metric ton and a bigger one-time cut in available emissions permits, said Michael Bloss, a lawmaker overseeing the reform on the behalf of the political group.

Liese, who is the so-called rapporteur on the carbon reform, proposed no changes to key parameters determining the supply of emissions permits in the existing carbon market until the end of this decade. The emissions trading system currently covers almost 12,000 facilities owned by manufacturers, power producers and airlines.

The Commission wants to raise the rate at which the pollution cap shrinks each year -- the Linear Reduction Factor -- to 4.2% from the current 2.2%. The higher LRF is to be complemented with a one-time cut to the emissions cap reduction of 117 million allowances. The two together will translate into a 61% drop in the pollution limit by the end of this decade from 2005 levels.

Expectations of stricter rules have helped send carbon prices up by 146% last year to a record of 90.75 euros in December, triggering calls from some EU governments to curb speculation in the market. Liese -- a member of the European People’s Party, the biggest group in the EU assembly -- stopped short of proposing any amendments to the existing complex rules on preventing excessive price growth.

Here are some other key changes proposed in the draft report, which is to be finalized on Friday:

In the next step, members of the EU Parliament’s environment committee will have the opportunity to propose their own amendments until Feb. 16. The committee is due to hold a vote on all the proposed changes on May 16.

(Updates with comments by Greens in seventh paragraph.)