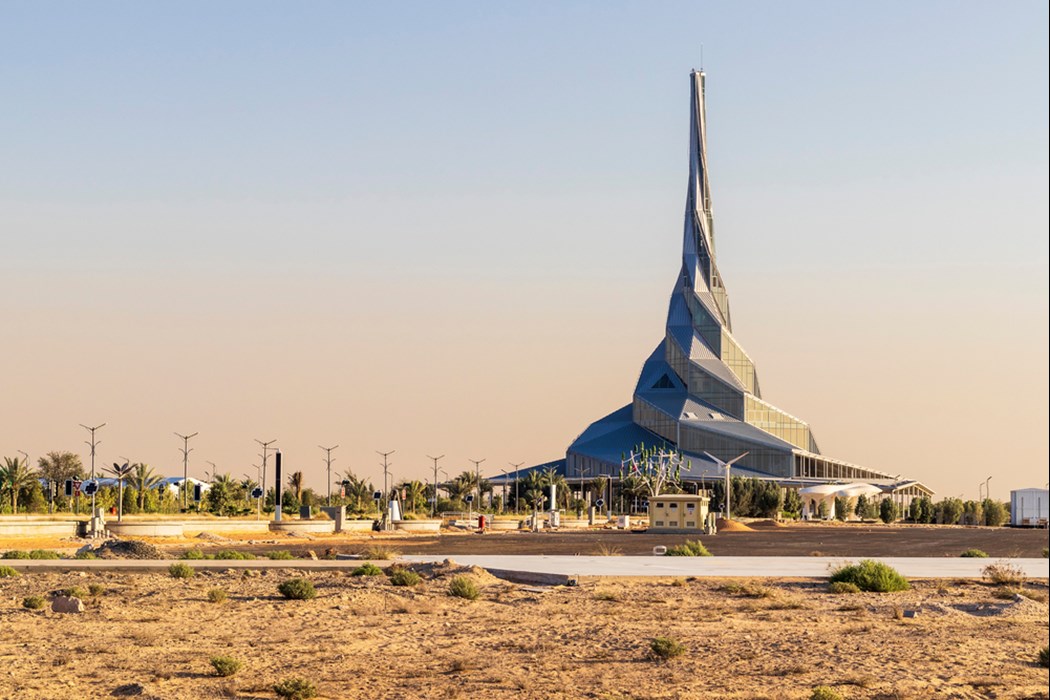 A picture of the outer setting of the Mohammed bin Rashid Al Maktoum Solar Park.

The increase in capacity is the result of using the latest solar photovoltaic bifacial technologies with single axis tracking to increase energy production, DEWA said in a statement.

The 900MW fifth phase, with investments worth Dh2.058 billion, is 60 percent complete with 4.225 million safe working hours without injuries.

“The clean energy share is currently 11.38 percent of Dubai’s energy mix, and it will reach 13.3 percent in Q1 of 2022. The current capacity at the Solar Park is 1527MW using solar photovoltaic panels. DEWA is implementing more projects with a total capacity of 1,333MW using solar photovoltaic and Concentrated Solar Power (CSP) in addition to future phases to reach 5,000MW by 2030,” Al Tayer said.

Work in the fifth phase of the Solar Park is going as per the targeted timeline and the second project is now 57 percent complete, said Waleed Bin Salman, Executive Vice President of Business Development and Excellence at DEWA.

The fifth phase will provide clean energy for more than 270,000 residences in Dubai and will reduce 1.18 million tonnes of carbon emissions annually. It will become operational in stages until 2023.

One of the World’s Wealthiest Oil Exporters Is Becoming Unlivable