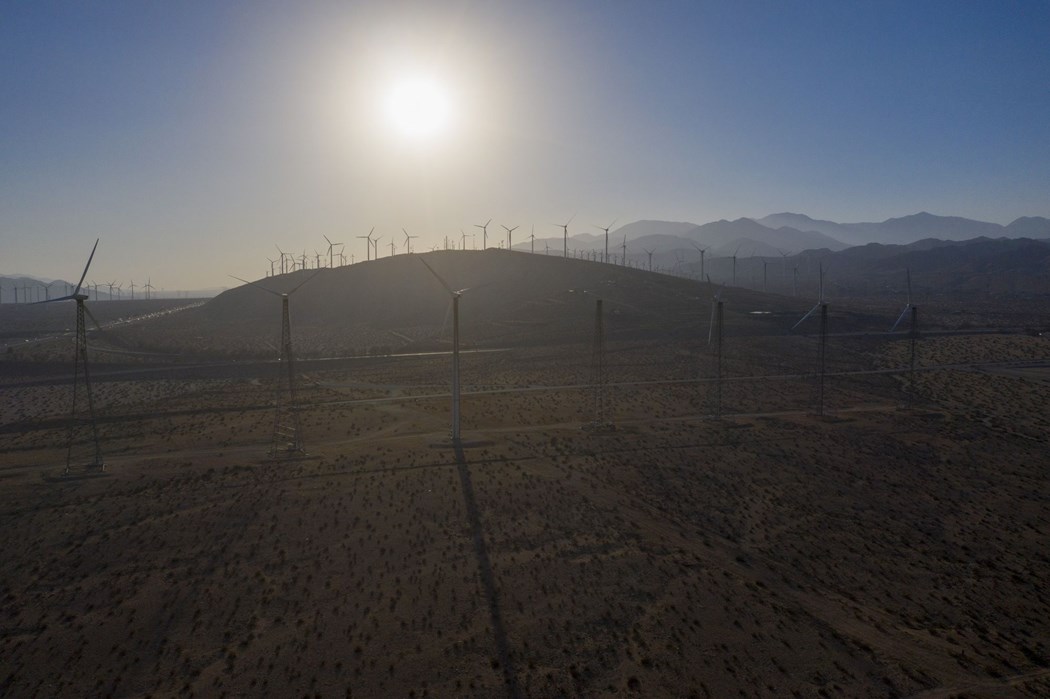 California, which aims to have a carbon-free power grid within 25 years, got a short glimpse of that possibility earlier this month.

(Bloomberg) -- California, which aims to have a carbon-free power grid within 25 years, got a short glimpse of that possibility earlier this month.

The state’s main grid ran on more than 97% renewable energy at 3:39 p.m. on Sunday April 3, breaking a previous record of 96.4% that was set just a week earlier, the California Independent System Operator said Thursday in a statement.

“While these all-time highs are for a brief time, they solidly demonstrate the advances being made to reliably achieve California’s clean energy goals,” said California ISO CEO Elliot Mainzer said in the statement.

Power production from the sun and wind typically peak in the spring, due to mild temperatures and the angle of the sun allowing for an extended period of strong solar production, the grid operator said. While hitting the new renewable record is remarkable, the state has found itself scrambling for power supplies during the past two summers as it has added more intermittent sources and retired natural-gas plants for environmental reasons.

California has set a target to have a zero-carbon power system by 2045.