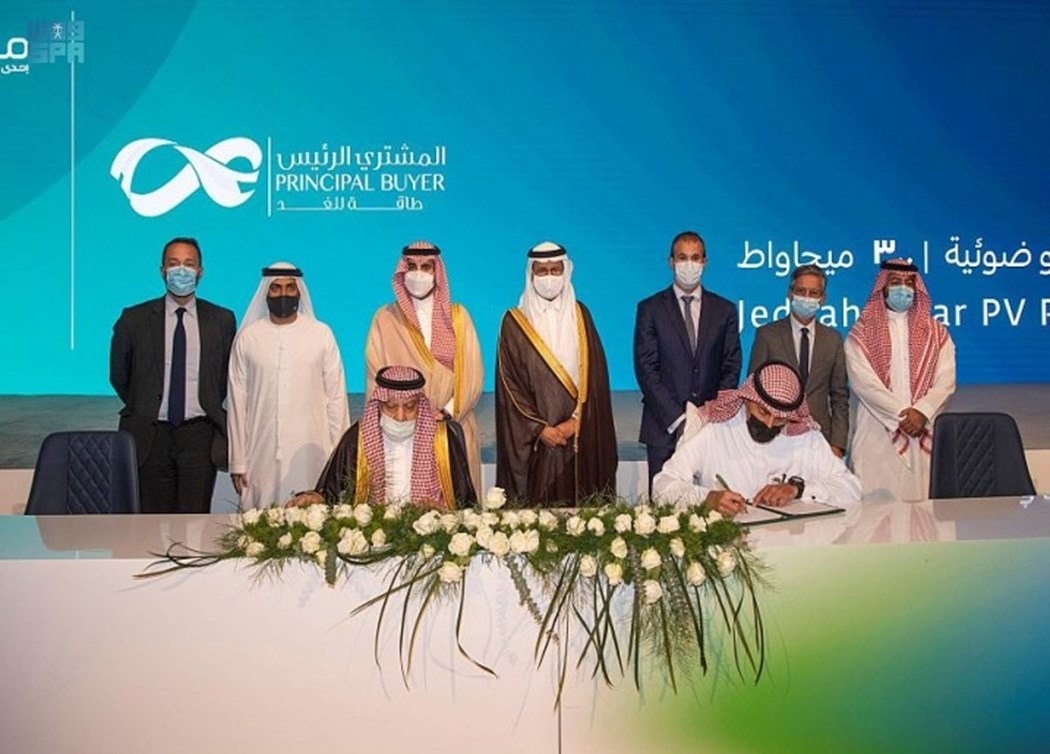 The consortium led by Masdar and EDF Renewables, both global leaders in renewable energy, and Nesma Company, announced it has reached financial close on a 300-megawatt (MW) utility-scale photovoltaic (PV) solar power plant in Jeddah and is starting construction.

The Renewable Energy Project Development Office (REPDO) of Saudi Arabia’s Ministry of Energy awarded the consortium the 300 MW Jeddah project, after it had submitted the most cost-competitive bid of SAR60.9042 (US$16.24) per megawatt hour. The consortium signed a 25-year Power Purchase Agreement (PPA) with Saudi Power Procurement Company (SPPC) this January for the project. Under the terms of the PPA, the consortium will design, finance, build and operate the plant, which will be located in Third Jeddah Industrial City, 50km south-east of Jeddah. The plant will begin operation in 2022.

Mohamed Jameel Al Ramahi, Chief Executive Officer, Masdar, said: “This project demonstrates Masdar’s commitment to Saudi Arabia’s Vision 2030 objectives and its climate goals. Through its National Renewable Energy Program, Saudi Arabia is fast developing into a global renewable energy player, and Masdar will continue to work closely with the Saudi government and our partners here to help the Kingdom achieve its clean energy transition, while reducing environmental impacts in line with the Saudi Green Initiative.”

Bruno Bensasson, EDF Group Senior Executive Vice-President Renewable Energies, added: “We would like to thank the Saudi Arabia’s authorities for the official award of the 300 MW-Jeddah project today. We are delighted to pursue our commitment to contribute to the energy transition of the Middle East with this new solar plant project alongside our partners Masdar and Nesma. After the 400 MW Dumat al Jandal wind power farm currently under construction in the North of the Kingdom, this solar project highlights our strong commitment to contribute to Saudi Arabia’s goal to produce 50 percent of its electricity from renewable sources by 2030. It clearly demonstrates our ability to jointly provide highly competitive bids. These large-scale renewables installations are perfectly in line with the EDF Group’s CAP 2030 strategy, which aims at doubling its renewable energy net capacity in operation worldwide, between 2015 and 2030, from 28 to 60 GW net.”

Faisal Al Turki, President of Nesma, said: “Masdar, EDF Renewables and Nesma will continue to innovate and optimize solar power projects; the Jeddah project is an excellent example of how the consortium is leveraging international, regional and local expertise to great effect.”

The Jeddah solar plant will utilise the latest technology in the PV market, combining bifacial PV modules with mounting structures that utilise single-axis tracking technology to maximise energy generation by following the sun’s position throughout the day. State-of-the-art robots will also be used to clean the modules.

Honeywell commits to carbon neutrality in its operations by 2035