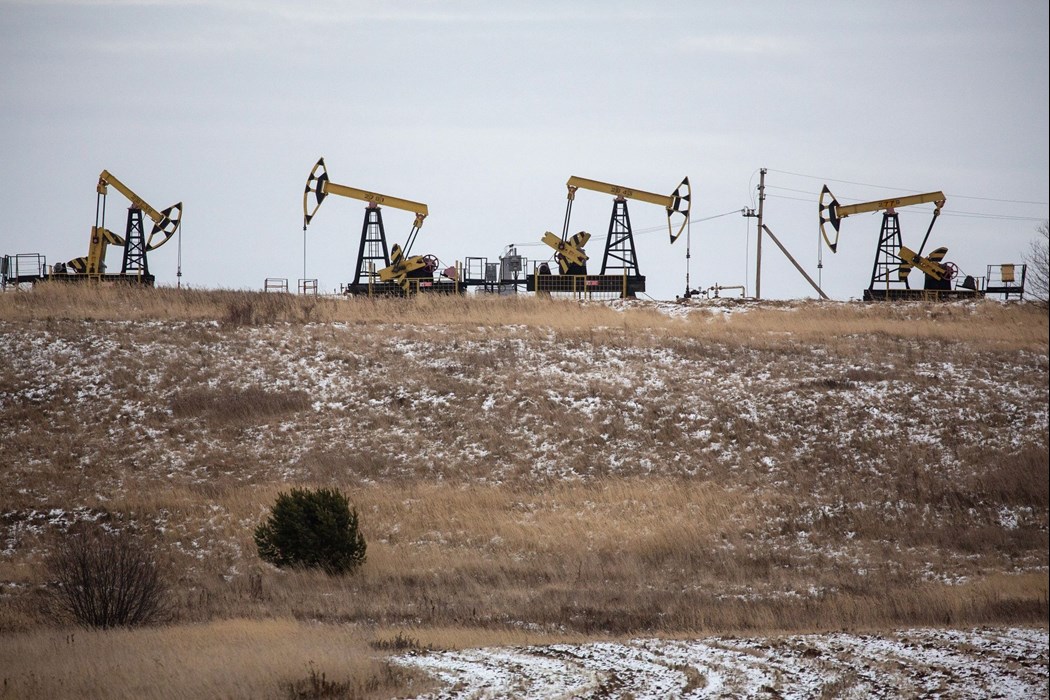 Oil pumping jacks, also known as "nodding donkeys"in a Rosneft Oil Co. oilfield near Sokolovka village, in the Udmurt Republic, Russia, on Friday, Nov. 20, 2020. The flaring coronavirus outbreak will be a key issue for OPEC+ when it meets at the end of the month to decide on whether to delay a planned easing of cuts early next year. Photographer: Andrey Rudakov/Bloomberg

(Bloomberg) -- European Union states debated whether to set a price cap as low as $62 a barrel on exports of Russian crude oil after several countries demanded a level that could put more pressure on Moscow, but the talks remain stuck, diplomats said.

Poland and Baltic nations said the price level was still too high, according to the diplomats. Diplomats met Monday night to discuss the negotiations after they were suspended last week, but it’s unclear how quickly they can find agreement.

The EU originally proposed capping the price of Russian oil at $65 a barrel. But with Russia already selling its crude at a discount, the cap levels being debated are all higher than current market rates of around $52.

The group of countries pushing for a lower price also want to see a review mechanism added to the instrument for later price revisions, as well as a firmer plan on a new package of sanctions on Russia.

Shipping nations, including Greece and Cyprus, have angled for a higher price for the cap. The oil cap has the dual aim of trying to keep Russian oil flowing while at the same time limiting Moscow’s revenues.

Major new European sanctions kick in on Dec. 5, creating an urgency to get the price and other details buttoned down.

An EU agreement, which the bloc had hoped to secure last week, would pave the way for a broader Group of Seven deal. The plan would ban shipping and services needed to transport Russian oil, such as brokering, financial assistance and insurance, unless they are purchased below the agreed price threshold.

Most G-7 nations will stop importing Russian crude later this year. Similar restrictions, including a price cap, for other petroleum products are due in February.

Oil Plunges to Lowest Since 2021 as China Unrest Rattles Market