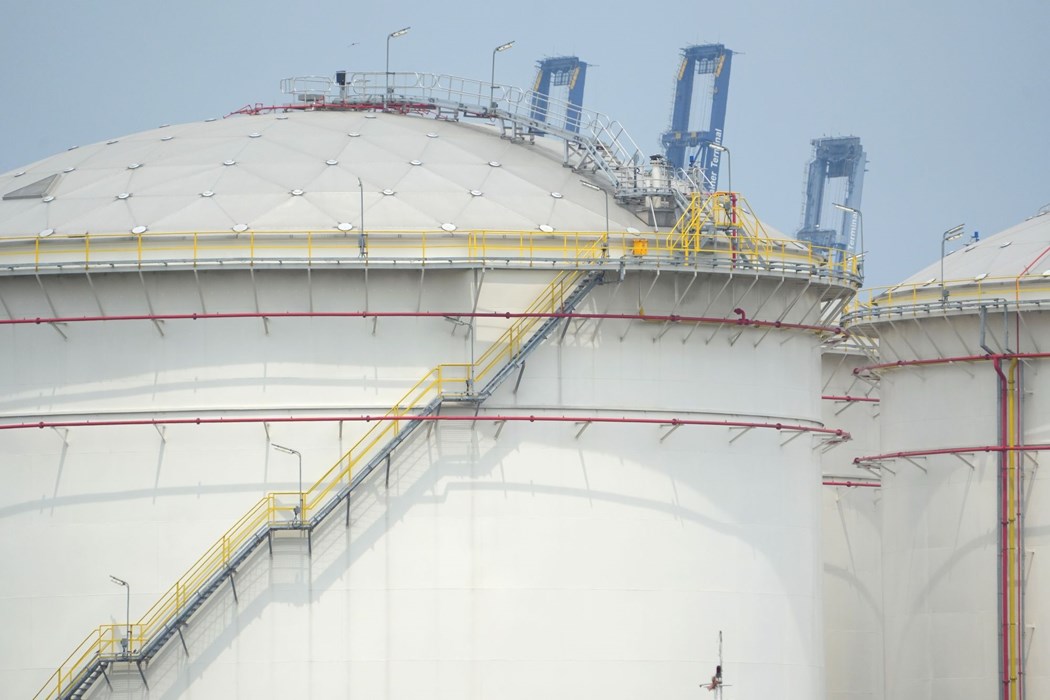 Fuel storage tanks at a PT Pertamina facility at Tanjung Priok Port in Jakarta, Indonesia, on Monday, Dec. 5, 2022. Pertamina is looking to buy crude for the February arrival to its Cilacap refinery, according to a tender document seen by Bloomberg. Photographer: Dimas Ardian/Bloomberg

(Bloomberg) -- Oil headed for a weekly loss of around 10% after a volatile period of trading as concerns over the economic outlook overshadowed an easing of China’s strict virus curbs and a disruption to US crude flows.

While West Texas Intermediate futures climbed to trade near $72 a barrel on Friday, the US benchmark along with Brent crude have recently given up all of their gains this year. The oil market is also facing a persistent lack of liquidity that has left prices prone to large swings.

The shutdown of the Keystone pipeline after a spill roiled the flow of crude across the US, but traders are betting that at least one segment of the conduit will restart soon. Prices initially surged after the news before reversing gains to close lower on Thursday, capping a fifth day of declines.

“Oil has been dragged lower by broader recession fears that accompany global monetary policy tightening,” said Vishnu Varathan, the head of Asia economics and strategy at Mizuho Bank Ltd. “And given the lags in monetary policy, a ‘wall of tightening’ may hit the global economy yet.”

Crude is on track for its first back-to-back quarterly drop since mid-2019 on a souring economic outlook as central banks tighten monetary policy, although Treasury Secretary Janet Yellen still sees the US avoiding a recession. Traders are also assessing the fallout from a price cap on Russian oil, which has led to a jam of tankers in Turkish waters due to a standoff over insurance.

There’s widespread unease among oil-reliant economies over the cap imposed by Group of Seven nations, according to Oman’s energy minister, citing concern it could extend to other countries. Still, for now, Russia sees the price limit having a limited effect on its crude production.

The market continues to signal ample near-term supply, with the prompt spread — the difference between the two nearest contracts — for both WTI and Brent holding in contango. The global benchmark was 44 cents a barrel in contango, compared with $1.44 in backwardation a month earlier.

“The oil market retracement is, in our opinion, a function of paper markets selling into low liquidity air pockets rather than indication of a distressed physical market,” according to a note from RBC Capital Markets LLC. “Physical barrels are not indicating signs of fire sale.”

Oil Rises After Four-Day Retreat as China Edges Toward Reopening