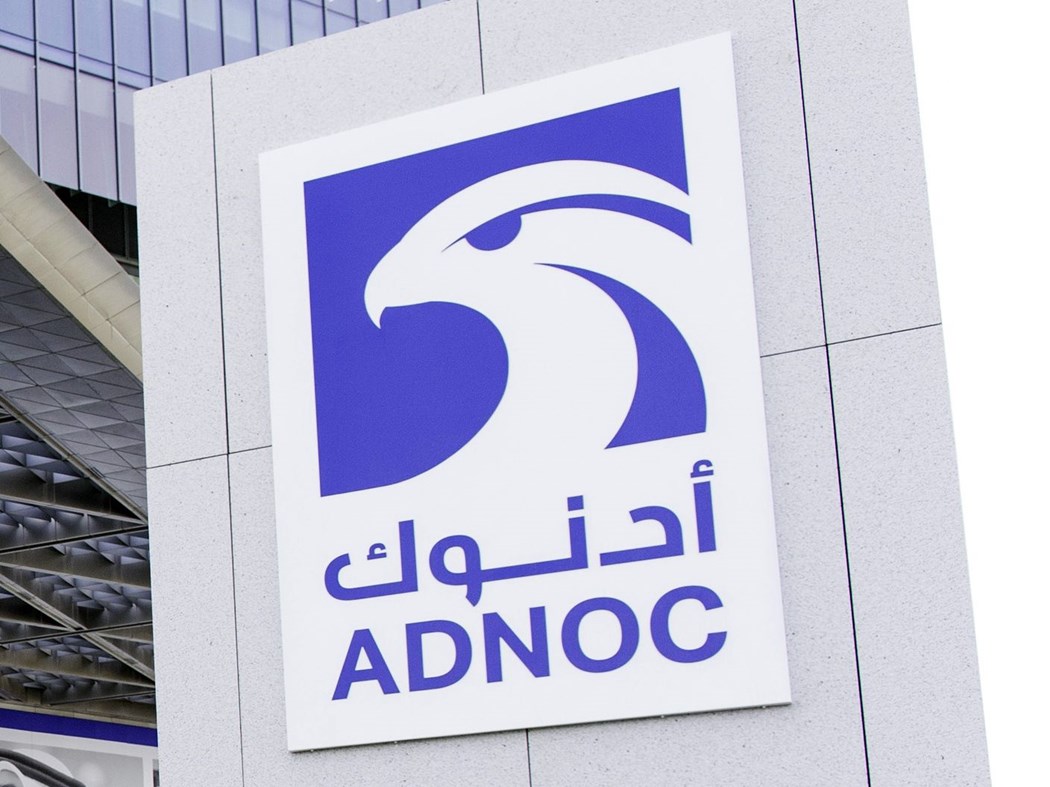 The logo of Abu Dhabi National Oil Company (ADNOC) is displayed at the entrance to its headquarters in Abu Dhabi, United Arab Emirates. ADNOC is seeking to create the world's largest integrated refinery and petrochemical complex at Ruwais.

Adnoc is accelerating the timing of the listing, which is now slated to take place as soon as next month, the people said. HSBC Holdings Plc is now working alongside First Abu Dhabi Bank PJSC as a joint global coordinator on the proposed listing after Goldman Sachs and Bank of America dropped off the top line of underwriters, the people said, asking not to be identified discussing private information.

The Wall Street banks were unable to work as lead banks on the share sale after the new schedule meant that there wouldn’t be enough time for Adnoc Gas to get audited by a Big Four accounting firm, something they would normally require for large deals, two of the people said. Goldman Sachs and Bank of America are still advising Adnoc in other capacities, according to the people.

“With our broad and strong bank syndicate, we are focused on delivering a successful market debut of Adnoc Gas, which will be a highly attractive and compelling investment opportunity in an advanced, progressive energy company,” a representative for Adnoc said. “Goldman Sachs and Bank of America are valued financial advisers who continue to support Adnoc.”

The IPO is set to become one of Abu Dhabi’s biggest listings. The state-owned explorer is combining its liquefied natural gas and gas-processing arms into a new unit called Adnoc Gas and recently named a new chief executive officer for the unit.

Goldman Sachs, Bank of America and FAB started working as lead banks on the deal late last year, which was originally slated to happen before the end of March, Bloomberg News reported in December.

Energy-rich Gulf nations have been selling assets to diversify their economies and open up their stock markets to international investors. High oil prices, favorable macroeconomic conditions and investor inflows helped the region buck a global IPO slump last year, and more billion-dollar listings are expected in the coming months.

Emirates Global Aluminium, the Middle East’s biggest producer of the metal, may sell shares to the public as soon as the third quarter, one of its biggest shareholders said last week.

Adnoc Gas will be one of the world’s largest gas-processing entities with a capacity of 10 billion cubic feet a day across eight onshore and offshore sites, with a pipeline network of more than 3,250 kilometers (2,019 miles).

The United Arab Emirates is an OPEC member and one of the world’s biggest oil exporters. Yet it sees gas as crucial to the global transition toward cleaner forms of energy and is investing billions of dollars to ramp up production of the fuel.

Capricorn’s Merger With NewMed at Risk After Board Exits