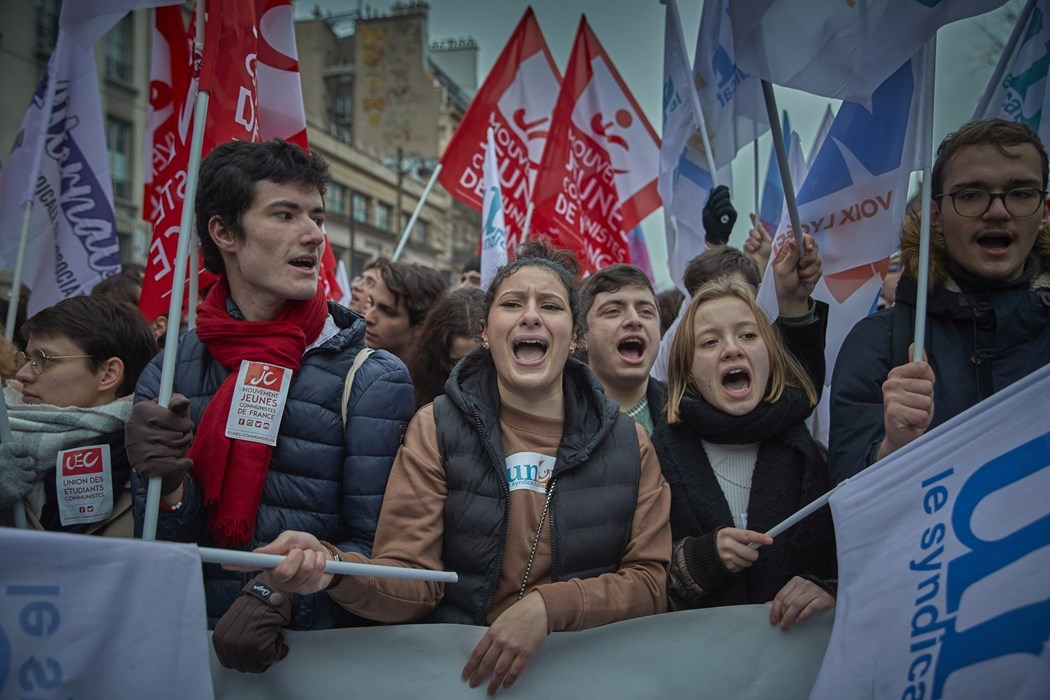 Protesters from the French National Students Union chant as they march through central Paris as over 400,000 people take the streets of the French capital to demonstrate against President Macron's Pension reform plans and the rising cost of living as part of a nationwide strike on January 19, 2023 in Paris, France. Photographer: Kiran Ridley/Getty Images Europe

(Bloomberg) -- The energy branch of France’s CGT union called for a 48-hour strike starting Jan. 26 as well as a 72-hour action from Feb. 6, in addition to the day of coordinated protests labor unions have agreed on for Jan. 31.

Actions by French strikers disrupted the delivery of fuels from three oil refineries operated by TotalEnergies SE on Thursday. That was also the day more than a million people took to the streets, led by labor unions opposing President Emmanuel Macron’s plan to eliminate deficits in the pension system by raising the minimum retirement age to 64 from 62.

In addition to the strike, the CGT energy branch said it wouldn’t rule out discussing other actions with strikers, including supplying free energy, targeted power cuts, or measures that could hamper operations at LNG terminals and gas storage facilities.

The CGT’s oil branch had already announced, on Jan. 11, the extra strike days that are meant to get progressively more serious.