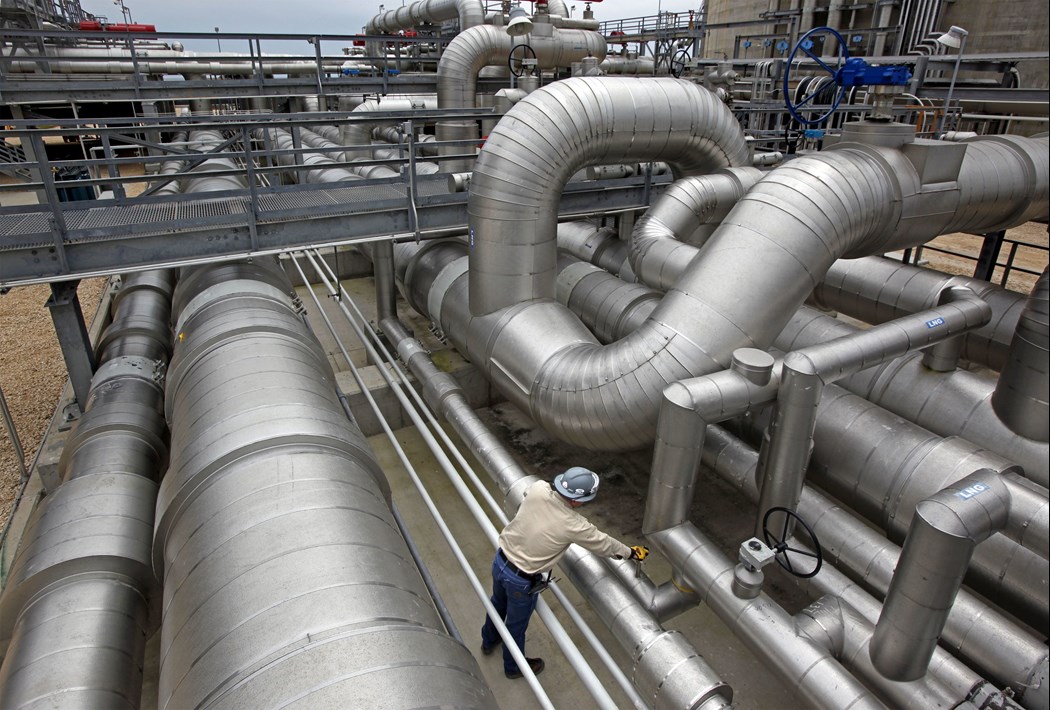 UNITED STATES - APRIL 01: Supervisor Chad Horton checks valves among transfer pipes at the Freeport LNG facility in Quintana, Texas, U.S., on Wednesday, April 1, 2009. This facility boasts two gigantic LNG tanks that can each store 1 million barrels of LNG at 260 degrees below zero after being off loaded from tanker ships at their nearby dock. The cold LNG is then vaporized and transferred to pipelines at 1200 psi. (Photo by Craig Hartley/Bloomberg via Getty Images)

(Bloomberg) -- Freeport LNG said a tweet about cracks in pipes at its Texas export terminal, which led to US natural gas futures plummeting Friday, contained false information, as did a letter stating the terminal would restart soon.

Gas futures for December delivery plunged as much as 7.4% on Friday morning after someone identifying themselves as a trader posted on Twitter that “cracked pipes” were discovered at the terminal, potentially delaying the company’s plans to restart exports. The tweet, which has since been deleted, took off after being shared by another Twitter handle that is widely followed by gas traders and analysts.

Shortly after the tweet, a letter falsely attributed to Freeport LNG circulated, stating the report of cracked pipes was false and that a part of the terminal would restart in the immediate future.

“That is NOT a legitimate statement from Freeport LNG,” company spokesperson Heather Browne said by email. The company reiterated in a statement after the gas market closed that it hadn’t made any public comments on Friday regarding the restart of the terminal. In a separate email in response to questions, Browne added that “tweets today contained false information.”

If anything, the Twitter episode lays bear the challenges of verifying market-sensitive information on social media today -- and how extremely volatile natural gas markets have become with winter weather forecasts changing dramatically from one day to the next and more tankers full of US gas bound for Europe.

The Texas terminal has been shut since a fire broke out in June.