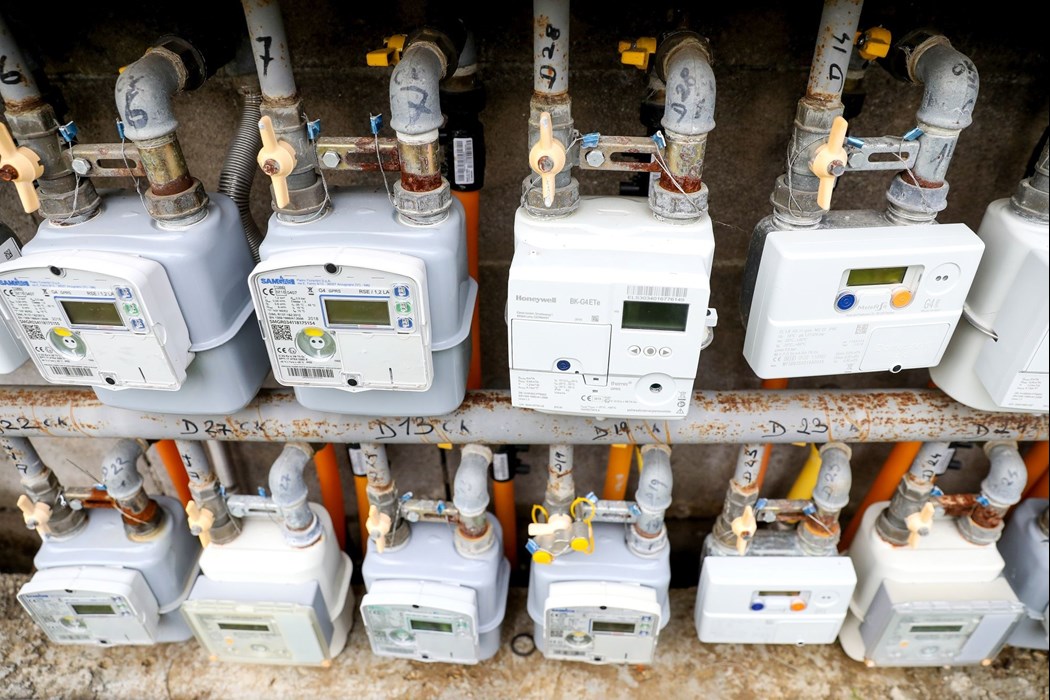 Gas meters outside residential buildings in Rome, Italy, on Tuesday, Dec. 28, 2021. European gas prices declined to near the lowest level in three weeks, with increased inflows at terminals in the region bringing relief to the tight market.

(Bloomberg) -- Seven European Union member states are pushing for a more effective cap on gas prices, arguing that the one on offer is unlikely to help consumers afford their energy bills.

With less than two weeks to go before energy ministers aim to reach an agreement, countries including Italy, Belgium and Greece are pushing for a tighter price cap that moves with rates set at key international hubs, according to a document seen by Bloomberg.

The push for a more dynamic level comes amid widespread frustration that the cap outlined by the commission comes with market conditions which may never be met. It wouldn’t have been triggered when prices were skyrocketing in August this year, for example.

“The condition of two consecutive weeks of sustained high gas prices is not effective for delivering immediate positive results for the markets,” the document said, referring to the commission’s proposal. “The trigger levels are far from preventing episodes of excessive gas prices.”

The new demands set the stage for tricky negotiations ahead of an emergency meeting of EU energy ministers on Dec. 13, with stark divisions between countries remaining. If they fail to agree by then, the issue will go to leaders level at a summit later in the week, with a final energy council before the Christmas break scheduled on Dec. 19.

The Czech Republic, which holds the rotating Presidency of the EU, floated a compromise that cuts the price cap level from €275 proposed by the Commission to €264, according to a separate document seen by Bloomberg. It also proposed shortening the length of time prices would need to stay above that to trigger the mechanism to five days from two weeks. That’s still unlikely to be sufficient to those countries pushing for a tighter cap.

The risk is that a failure to reach an agreement holds back other pieces of emergency regulations that have been agreed upon in principle -- on enabling faster permitting, joint gas purchases, and limiting intraday price volatility. The proposal by the seven nations would apply on month-ahead and quarter-ahead prices, according to people familiar with the matter. Whether it would also be set on over-the-counter trades is still unclear.

The countries also called for member states to have the final say on whether the price cap is suspended due to unintended market disturbances or disruptions to supply, rather than leaving it in the hands of the commission. There could also be the option of an automatic suspension.

Spain is understood to be broadly supportive of the proposal, while France will be crucial to bring on board, with the likes of Germany and the Netherlands opposing a tighter cap, according to people familiar with the discussions.

US Oil and Gas Jobs Are Still in Short Supply