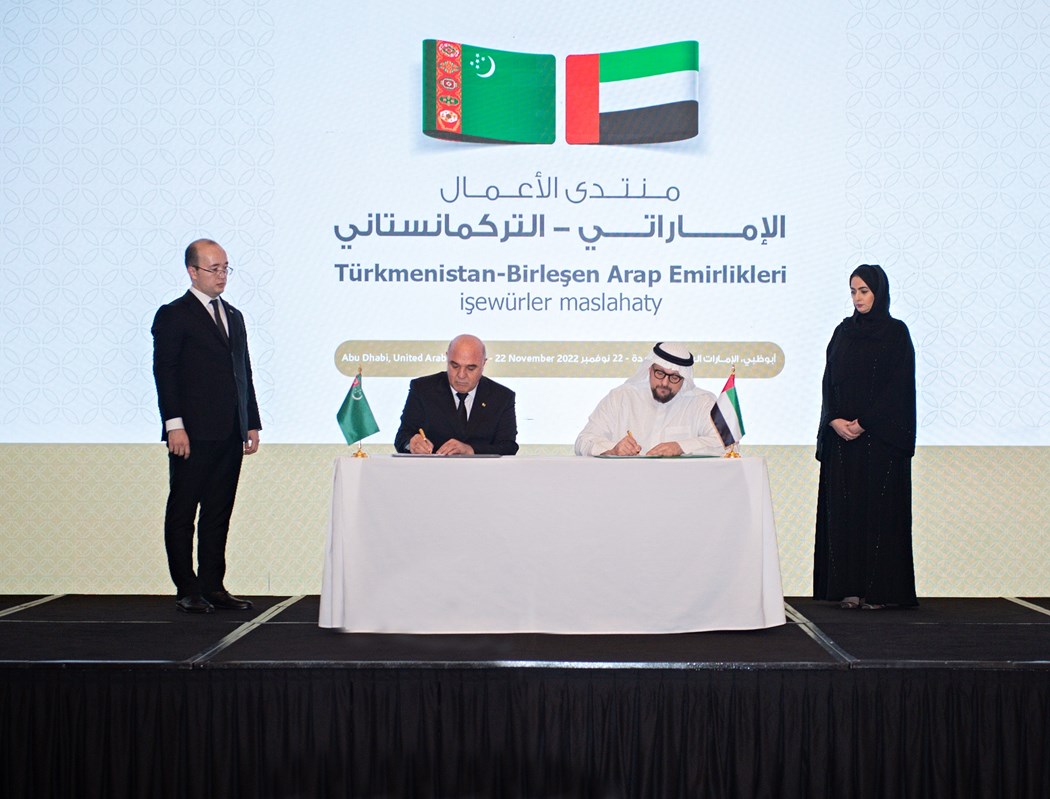 The agreement builds on a MoU signed between Masdar and Turkmenistan in October 2021 to explore the development of and investment in solar and wind power projects in Turkmenistan.

Masdar, one of the world’s leading renewable energy companies, has signed a joint development agreement (JDA) with Turkmenenergo State Power Corporation of the Ministry of Energy of Turkmenistan, to develop a 100 megawatt (MW) solar photovoltaic (PV) plant, which will be the company’s first project in Turkmenistan.

The JDA signing was witnessed by His Excellency Serdar Berdymukhammedov, President of Turkmenistan, and HE Dr Thani bin Ahmed Al Zeyoudi, UAE Minister of State for Foreign Trade, Masdar said in a statement.

The agreement was signed by Masdar CEO Mohammed Jameel Al Ramahi and Deputy Chairman of the Cabinet of Ministers of Turkmenistan HE Charymurat Purchekov at a ceremony held at the UAE-Turkmenistan Business Forum in Abu Dhabi. Turkmenenergo is the state authority responsible for the generation, transmission, and distribution of electricity in Turkmenistan.

According to Masdar, the agreement builds on a Memorandum of Understanding (MoU) signed between Masdar and the Turkmenistan government in October 2021 to explore the development of and investment in solar and wind power projects in Turkmenistan on a public-private partnership (PPP) basis.

“Today, we have signed a Joint Development Agreement for a 100 MW solar power project with the world-famous Masdar company of the United Arab Emirates. We hope that this document will mark the beginning of a new stage in the development of the electric power industry of Turkmenistan through the construction of solar and wind power plants, in which this company has accumulated a large and rich experience,” Deputy Chairman of the Cabinet of Ministers of Turkmenistan HE Charymurat Purchekov said.

“We thank Masdar for entering such an important agreement with us and look forward to long-term cooperation,” he said.

Masdar Chief Executive Officer Mohammed Jameel Al Ramahi said: “As a global leader in renewable energy with many projects across Central Asia, Masdar has the right expertise and experience needed to support Turkmenistan’s development of its renewable energy sector. We welcome the signing of the JDA and hope the 100 MWac project will be the first of many Masdar projects in Turkmenistan.”

Turkmenistan is looking to modernise its energy infrastructure and reduce its dependence on hydrocarbons. While the nation has one of the largest gas reserves in the world, it also has multiple natural advantages for developing renewable energy resources, with abundant annual sunlight levels, and strong wind currents.

The agreement builds on the original MoU signed at the Leadership Pavilion at Expo 2020 Dubai, in the presence of His Excellency Gurbanguly Berdymukhammedov, President of the Republic of Turkmenistan, and His Highness Sheikh Mansour bin Zayed Al Nahyan, Deputy Prime Minister of the United Arab Emirates and Minister of Presidential Affairs.