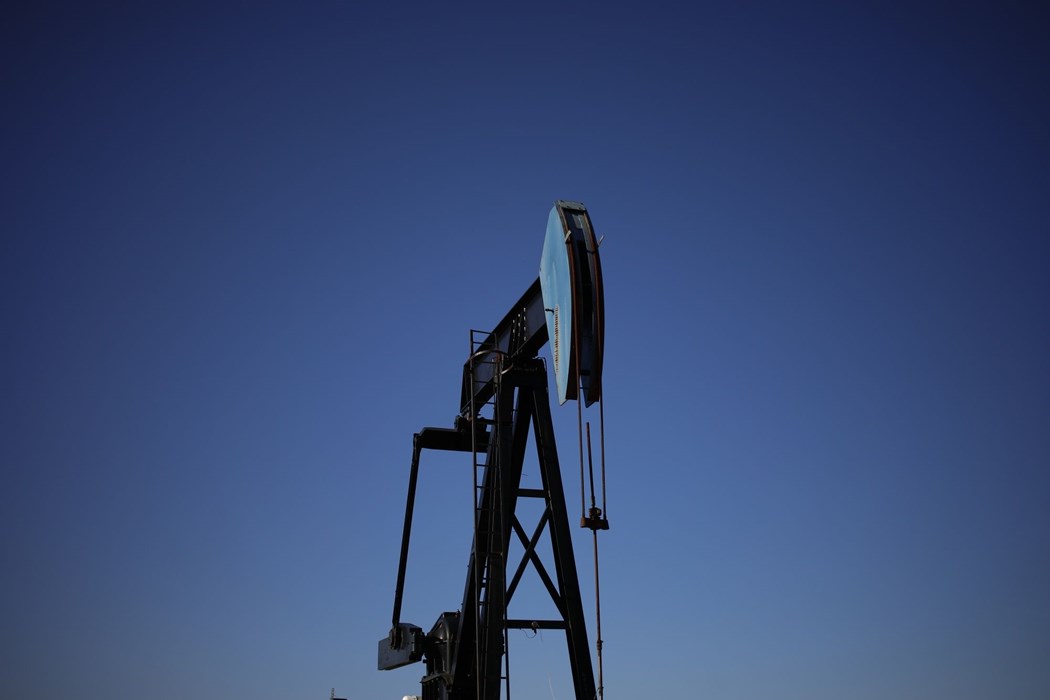 An oil pump jack at the New Harmony Oil Field in Grayville, Illinois, US, on Sunday, June 19, 2022. Top Biden administration officials are weighing limits on exports of fuel as the White House struggles to contain gasoline prices that have topped $5 per gallon. Photographer: Luke Sharrett/Bloomberg

(Bloomberg) -- Oil was steady near $86 a barrel ahead of a Federal Reserve decision on Wednesday that’s expected to see further monetary tightening.

The Fed and other central banks from Europe to Asia are expected to deliver interest-rate hikes this week as they seek to tame rampant inflation that’s taken a toll on demand. West Texas Intermediate futures closed 0.7% higher on Monday following a choppy session.

Crude has lost about a third of its value since early June, erasing all the gains made in the wake of Russia’s invasion of Ukraine, as concerns about a global slowdown weighed on demand. Liquidity has also thinned, leading to volatile price swings, while a stronger dollar has added to headwinds.

A raft of US companies warned about the macro challenges rippling through the global economy. Automaker Ford Motor Co. said inflation was pushing costs $1 billion higher than expected in the current quarter, while package-delivery giant FedEx Corp. flagged weakness in Asia and Europe.

“While recessionary worries continue to weigh on market sentiment, global oil demand concerns will likely continue to be baked in very gradually,” said Vandana Hari, founder of Vanda Insights in Singapore. “There is not much to push crude out of its recent range.”

The potential for increased supply has weighed on the outlook. The US said it would offer an additional 10 million barrels of oil in November from its strategic reserves, ahead of plans by the European Union to ban Russian crude in December. Bids for the crude will be awarded no later than Oct. 7.

Investors are also weighing the prospect of higher Iranian crude flows should protracted talks on reviving a nuclear deal reach a conclusion. Discussions on efforts to resurrect an accord on the sidelines of the United Nations General Assembly in New York are “a possibility,” Foreign Ministry Spokesman Nasser Kanaani said at a press conference.

The United Arab Emirates has flagged an acceleration of plans to raise its oil production capacity, according to people familiar with the matter. Abu Dhabi National Oil Co., which pumps almost all the UAE’s oil, wants to be able to produce 5 million barrels a day by 2025.