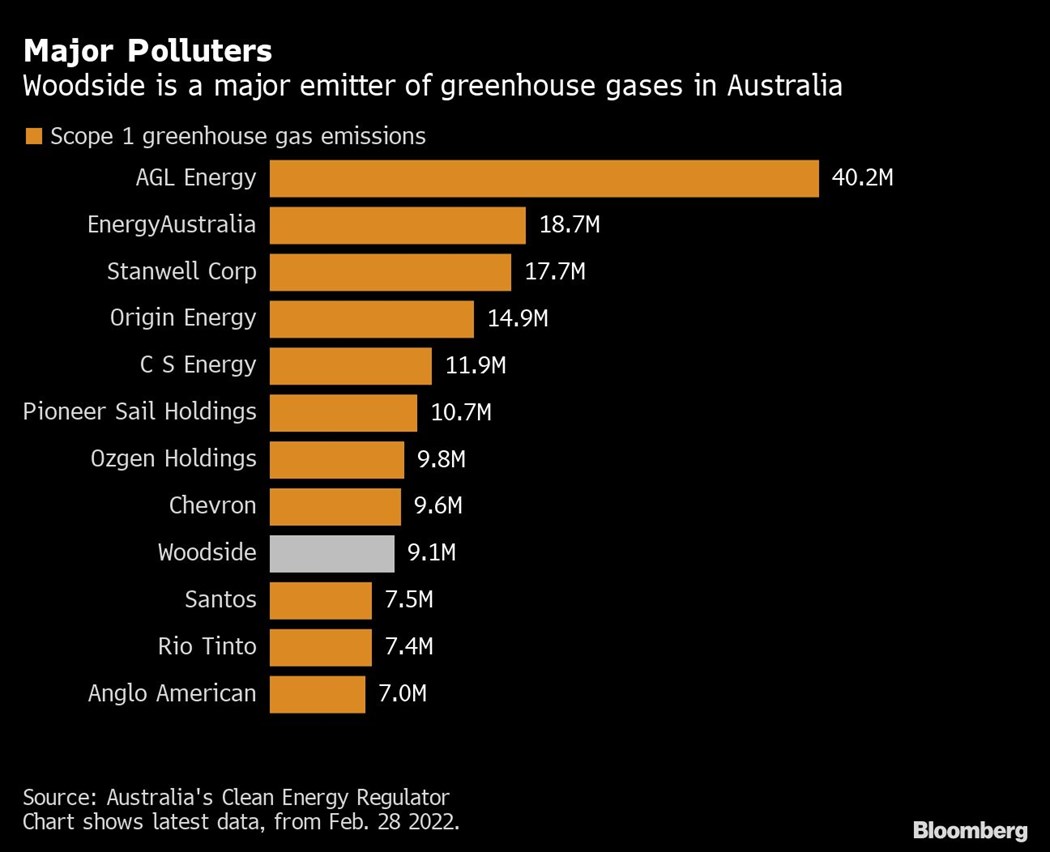 Shareholders will vote on energy giant’s inaugural climate report at meeting next week.

Australia’s biggest natural gas exporter needs to more directly address the Scope 3 emissions from the use of its products, proxy advisory firm Glass, Lewis & Co. said in a note dated May 4, recommending shareholders reject Woodside’s inaugural climate report at an annual meeting next week. A second adviser, Institutional Shareholder Services Inc., did recommend supporting the report, but noted concerns including “the absence of quantified Scope 3 targets.”

Perth-based Woodside is among energy producers around the world grappling with the needs of fuel-hungry customers and volatile prices, while attempting to appease demands from green-conscious groups and shareholders. The company has set a target to end emissions by 2050 yet is exploring new investments despite warnings from the International Energy Agency last year that the world needs to stop developing new fields to achieve net-zero by that date.

“Shareholders should be afforded disclosure that allows them to understand and assess a company’s environmental and social risks,” Glass Lewis said. “We have concerns regarding the Company’s Scope 3 emissions disclosure, its use of carbon offsets, its capital allocation disclosure, and its responsiveness to shareholders.”

Woodside is “disappointed that Glass Lewis has recommended that its clients vote against our 2021 Climate Report and respectfully disagree with their conclusions,” Chairman Richard Goyder said in a statement. The AGM is set for May 19.