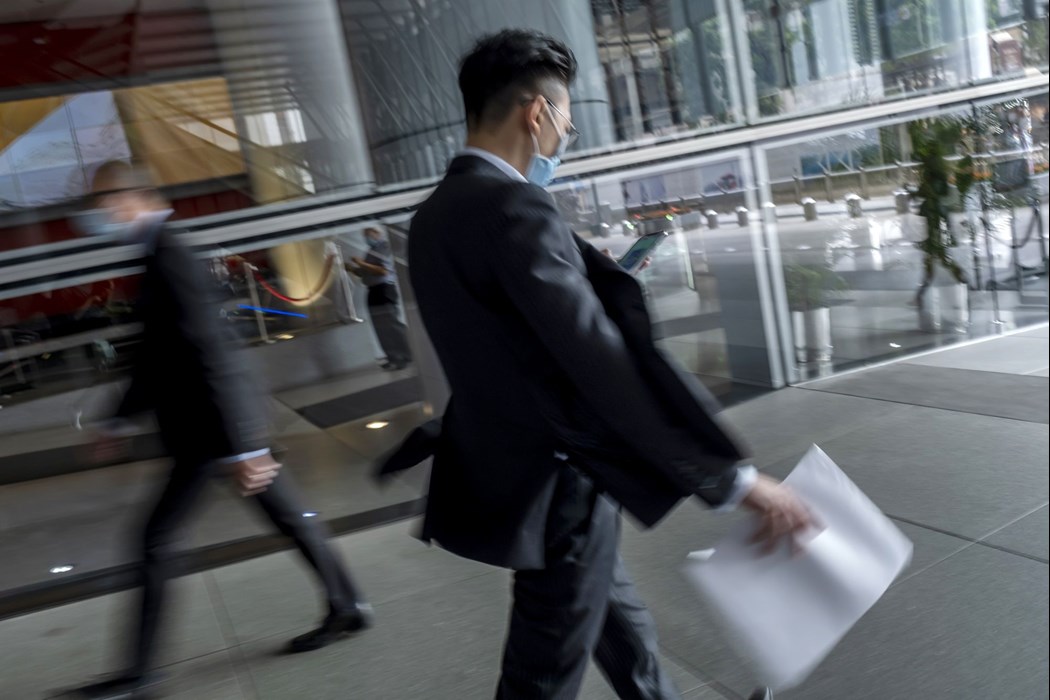 Stocks in Europe rebounded along with US equity futures Friday after a rout triggered by fears of an economic downturn as major central banks close the liquidity taps. The dollar snapped two days of losses and Treasury yields ticked higher.

(Bloomberg) -- Stocks in Europe rebounded along with US equity futures Friday after a rout triggered by fears of an economic downturn as major central banks close the liquidity taps. The dollar snapped two days of losses and Treasury yields ticked higher.

The Stoxx Europe 600 index jumped about 1.2% after hitting its lowest level in more than a year. S&P 500 and Nasdaq 100 contracts climbed more than 0.9%, signaling steadier sentiment compared with Thursday’s plunge in US shares to the lowest since late 2020. Friday also brings the quarterly event known as triple witching. The $3.5 trillion options expiry may lead to short covering, which could bring temporary relief for the stock market.

Markets are rounding off a week buffeted by interest-rate increases, including the Federal Reserve’s biggest move since 1994, a shock Swiss National Bank hike and the latest boost in UK borrowing costs. The rate hikes are draining liquidity, sparking losses in a range of assets. Global stocks face one of their worst weeks since pandemic-induced turmoil of 2020. The question is how far assets have to sink before the tightening cycle is fully priced in.

“Investors have to ask themselves how long the rate-hiking cycle will go and how deep the economic slowdown will be,” said Michael Strobaek, global chief investment officer at Credit Suisse Group AG, which is overweight equities and recently closed its underweight position in bonds. “Peak hawkishness, i.e. the peak in expectations repricing, might be close. Once we are there, it is not only possible but likely that we will see a rebound in both equities and bonds. However, this rebound will be very difficult to time.”

US stocks attracted $14.8 billion in the week to June 15, their sixth consecutive week of additions, according to Bank of America Corp. strategists, who cited EPFR Global data. In total, $16.6 billion flowed into equities globally in the period, while bonds had the largest redemptions since April 2020 and just over $50 billion exited cash, the data showed.

Japan, meanwhile, retained super-easy monetary policy and yield curve control, defying pressure to track the global trend toward tighter settings. The yen sank and Japan’s 10-year bond yield retreated below the Bank of Japan’s cap of 0.25%, after earlier hitting 0.265%, the highest since 2016. The Swiss franc surged to its highest level against the yen since 1980.

Bitcoin snapped its longest streak of losses in Bloomberg data going back to 2010, climbing back toward $21,000. Oil edged higher as traders weighed the prospect of slower economic growth against tight supplies. Gold was on the back foot and heading for a weekly drop.

What are the next levels for the pound? UK is the theme of this week’s MLIV Pulse survey. Click here to participate anonymously.

Gas Rationing Is Getting Closer for Europe