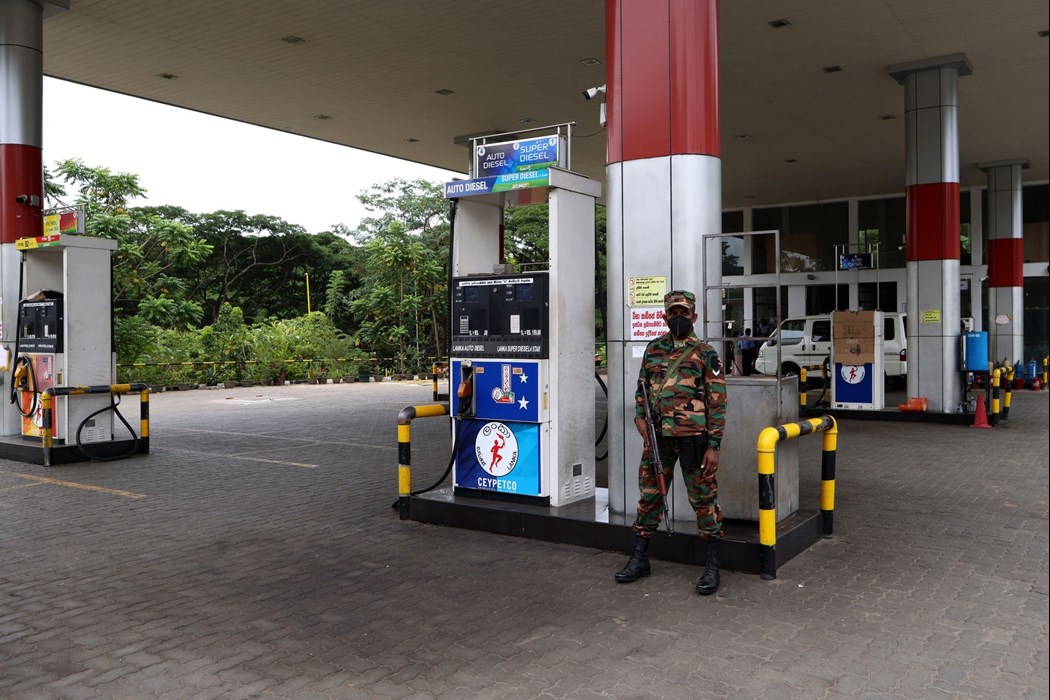 Sri Lanka plans to allow foreign companies to distribute fuel in a bid to ease crippling shortages that have paralyzed most economic activity as the island nation grapples with a sovereign debt crisis.

ure>
A soldier guards a fuel pump after a gas station ran out of gasoline in Kandy, Sri Lanka, on Friday, June 17, 2022. The government of Sri Lanka declared Friday a holiday for public offices and schools to curtail vehicular movement as the country, facing its worst financial crisis, runs out of fuel for transport and there’s little signs of fresh supplies coming in.

(Bloomberg) -- Sri Lanka plans to allow foreign companies to distribute fuel in a bid to ease crippling shortages that have paralyzed most economic activity as the island nation grapples with a sovereign debt crisis.

The new distributors will be asked to import oil on credit, Wijesekera said.

The island nation is in talks with the International Monetary Fund as well as bilateral creditors such as India and China for fresh funds to pay for imports after it defaulted on its dollar bonds earlier this year and saw foreign reserves dwindle. Sri Lanka needs $6 billion in the coming months to prop up its reserves, pay for ballooning import bills and stabilize its currency, which has fallen 43% against the dollar this year.

The country’s credit rating downgrade and existing arrears raised risk for suppliers and contributed to the failure to get foreign lenders including Standard Chartered and some Indian banks to confirm the letter of credit from state-run People’s Bank for the last fuel shipment, Wijesekara said.

CPC will also facilitate imports of jet fuel by state-run Sri Lankan Airlines, which is itself up for sale as the government seeks to raise funds. The nation has to reduce monthly fuel consumption to $350 million from $650 million currently, the minister said.