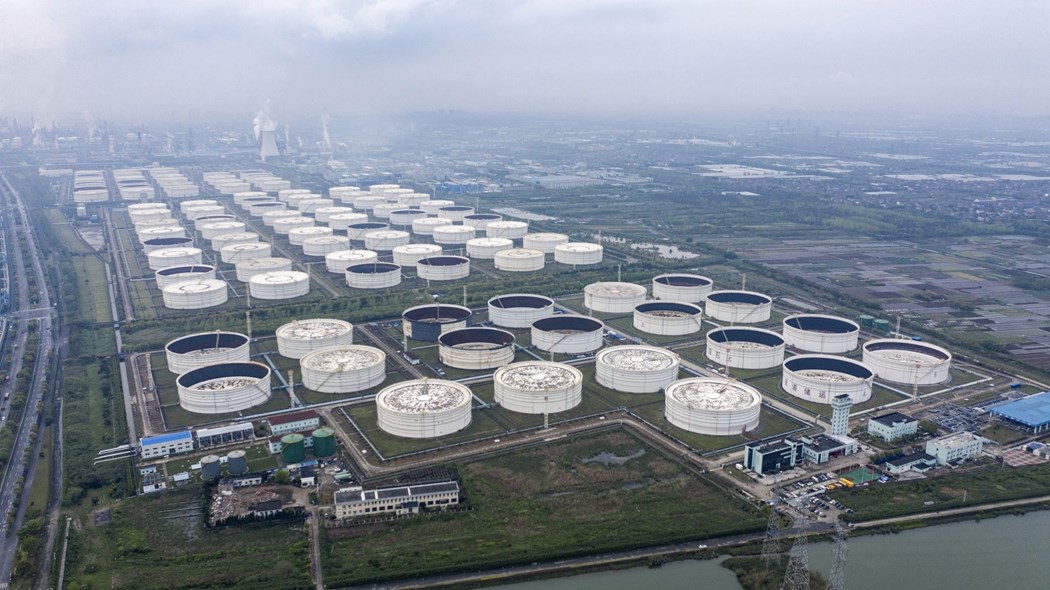 As gasoline prices soar and the US considers invoking Cold War-era laws to boost production, there’s a massive pool of oil refining capacity on the other side of the Pacific Ocean that’s sitting idle.

(Bloomberg) -- As gasoline prices soar and the US considers invoking Cold War-era laws to boost production, there’s a massive pool of oil refining capacity on the other side of the Pacific Ocean that’s sitting idle.

Around a third of Chinese fuel-processing capacity is currently out of action as Asia’s largest economy struggles to put the coronavirus behind it. If tapped, the extra supply of diesel and gasoline could go a long way to cooling red-hot global fuel markets, but there’s little chance of that happening.

That’s because China’s refining sector is set up mainly to serve its mammoth domestic market. The government controls how much fuel can be sent abroad via a quota system that also applies to privately owned companies. And while Beijing has allowed more shipments at times over the years, it doesn’t want to become a major oil-product exporter as that would run counter to its goal of gradually de-carbonizing the economy.

“China’s absence in the export market is keenly felt in the broader regional, and even global market,” said Jane Xie, a senior oil analyst at data and analytics firm Kpler. There’s been a massive expansion in refining capacity in the country over the last three to five years, but that’s no longer translating into increased oil-product exports, she said.

The contrast between China and the US -- where refineries in some areas are running at close to full capacity  -- reflects a tectonic shift in the industry over the last few years. European and North American plants have been shutting down, a trend that was accelerated by Covid-19, while most new facilities are being built in the developing world, particularly Asia and the Middle East.

In China, many of the new plants are so-called mega-refineries, which have the flexibility to produce both fuels and petrochemicals. The rapid growth means the country may already be the world’s biggest refiner. It had 17.5 million barrels a day of capacity at the end of 2020, and will reach 20 million by 2025, according to China National Petroleum Corp.’s Economics & Technology Research Institute. The US, by contrast, had 18.14 million barrels a day of capacity in 2020, the latest data from BP Plc show.

China’s big state-owned refiners, which make up around three-quarters of the industry, were running at around 71% of capacity on June 10, according to CITIC Futures Co. The private processors, known as teapots, were operating at just 64%, it said. Most of these companies, many of which are in Shandong province, aren’t allowed to export any fuel at all.

Even in relatively normal times, China doesn’t send a lot of oil products abroad. Last year, for example, it shipped around 1.21 million barrels a day of fuel oil, diesel, gasoline and jet fuel, customs data show. That’s only around 7% of its total refining capacity at the end of 2020.

And this year, rather than allow more shipments as local demand drops, it’s doing the opposite. Only 17.5 million tons of fuel export quotas have been allocated so far, compared with 29.5 million tons at the same point last year. Diesel shipments tumbled to the lowest in seven years in May, government data show.

In the regional oil hub of Singapore, the profit from turning oil into diesel has surged to above $60 a barrel from around $10 at the beginning of the year. That translates to a potential windfall of as much as $372 a ton that Chinese refiners are missing out on, according to local industry consultant OilChem.

Beijing’s unwillingness to ramp up fuel output and act as a swing producer in times of global shortages is being felt by everyone from US motorists facing pain at the pump to European factories bidding for scarce diesel cargoes. But the most detrimental impacts are in China’s Asian neighbors, in countries like Sri Lanka and Pakistan where fuel shortages are crippling their economies.

(Updates with diesel export data in 9th paragraph. An earlier version of this story corrected reported speech from Kpler analyst in 4th paragraph.)