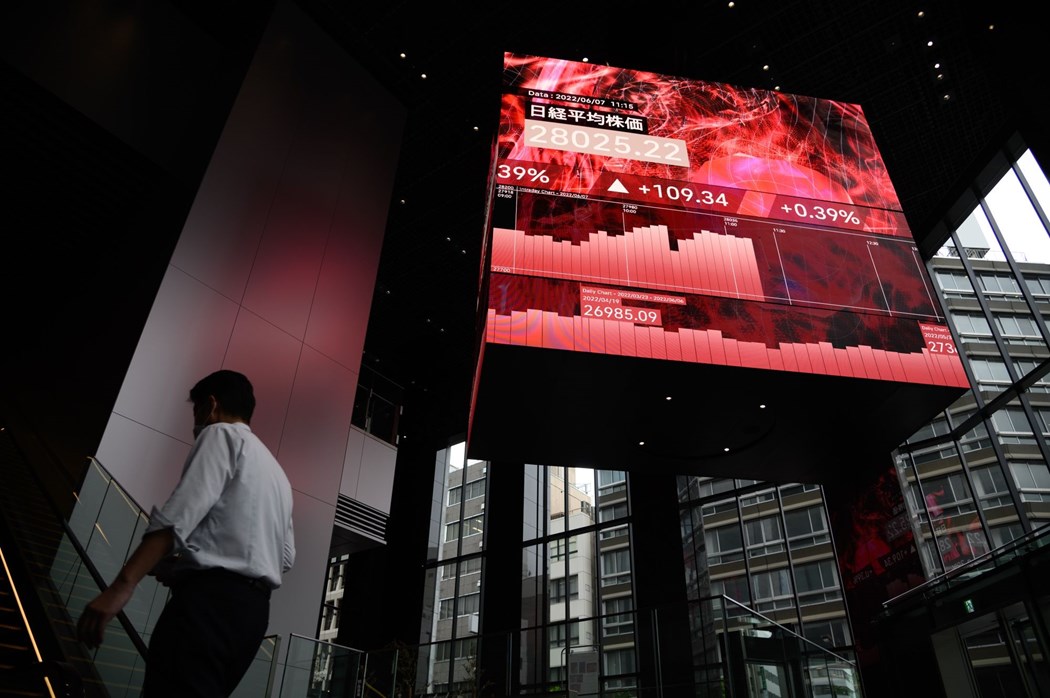 A global selloff intensified following a surprise American inflation print that heaped pressure on the Federal Reserve to step up monetary tightening. Treasury yields traded at a multi-year high.

(Bloomberg) -- A global selloff intensified following a surprise American inflation print that heaped pressure on the Federal Reserve to step up monetary tightening. Treasury yields traded at a multi-year high.

S&P 500 futures sank 2.5% and Nasdaq 100 contracts slid 3.1%. The S&P 500 is flirting with a bear market after Friday’s shock consumer prices report ignited a more than $1 trillion selloff. The Stoxx 600 traded at its lowest level since early March.

Yields on 10-year US Treasuries reached 3.24%, the highest since October 2018, and a selloff in European government bonds also gathered pace, with the yield on German’s two-year government debt rising above 1% for the first time in more than a decade.

The exodus from stocks and bonds is gaining momentum on fears that central banks’ battle against inflation will end up killing economic growth. Inversions along the Treasury yield curve point to fears that sharp Fed interest-rate hikes will spark a hard landing.

“The Fed will not be able to pause tightening let alone start easing,” said James Athey, investment director at abrdn. “If all global central banks deliver what’s priced there are going to be some significant negative shocks to economies.”

Traders are now pricing in 175 basis points of Fed tightening by September, implying two half-point and one 75 basis points hike. If that comes to pass it would be the first time since 1994 the Fed resorted to such a draconian measure.

Meanwile, the dollar climbed while the yen weakened to a 24-year low. Oil and iron ore paced declines among growth-sensitive commodities.

Poor sentiment was also evident in a cryptocurrency slide that took Bitcoin below $25,000 to the lowest in 18 months.