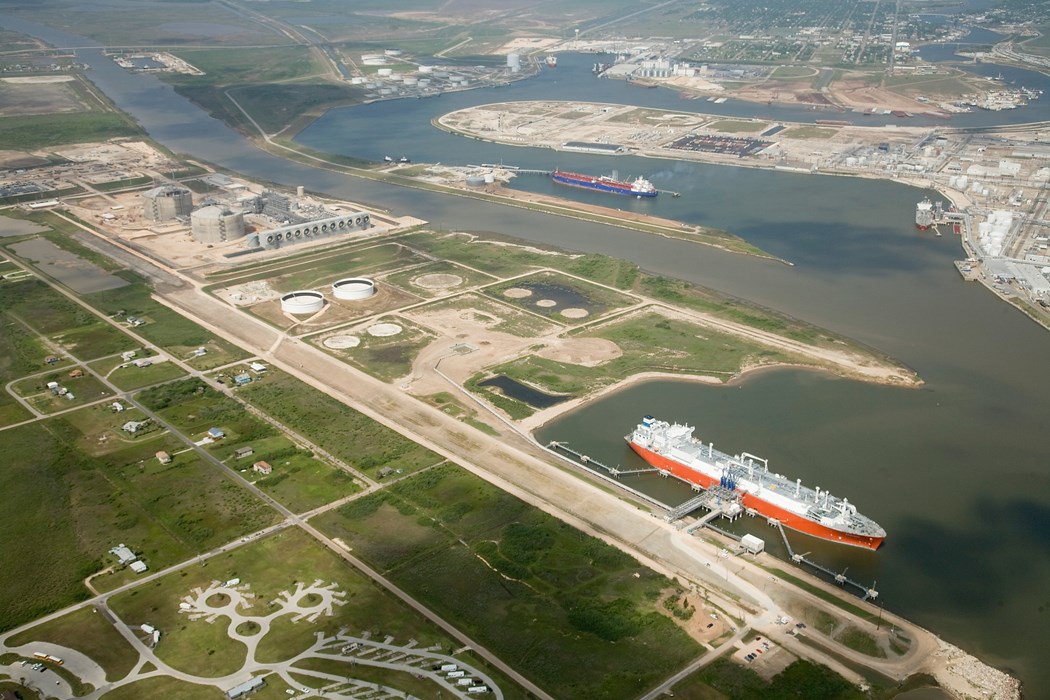 An aerial view of the Freeport LNG facility, which provides 20% or around 2 billion cubic feet per day of US LNG processing.

Freeport LNG, one of the largest producers and exporters of liquefied natural gas (LNG) in the US, will shut its liquefaction facility on Texas’s Gulf coast near Houston for at least three weeks due to a fire that broke out on Wednesday, the company said.

The fire began just before noon local time at the Freeport LNG facility on Quintana Island, the Houston-based company said. It disclosed the shutdown late on Wednesday after appraising damage to the massive facility.

Freeport LNG provides 20% or around 2 billion cubic feet per day of US LNG processing, and the news immediately roiled US natural gas markets on Wednesday. According to analysts, the impact of the shutdown is likely to spread through Europe and Asia markets on Thursday and beyond.

“As a result of today's fire Freeport LNG's liquefaction facility is currently shut down and will remain shut down for a minimum of three weeks,” the company said in a statement.

“There were no injuries, all employees have been accounted for and there is no risk to the surrounding community. The incident investigation will continue,” Freeport LNG said.

The shutdown comes at a time when global imports of LNG are ramping up due to high demand – especially from Europe - following the Ukraine conflict. US natural gas prices that have tripled over the past 12 months, partly due to the growing global demand for LNG. The prices fell sharply on Wednesday and closed down 6.4% at $8.699/mmBtu.

Freeport LNG has the seventh-largest liquefaction facility in the world and second-largest in the US. The Quintana Island LNG terminal started LNG import operations in June 2008 and began LNG export operations in 2019.

All LNG produced at the facility is exported, and the US government's Energy Information Administration said total US LNG exports last year hit a record 9.7 billion cubic feet per day, up 50% from 2020. LNG exports this year are forecast at another record-high 11.9 bcf per day.