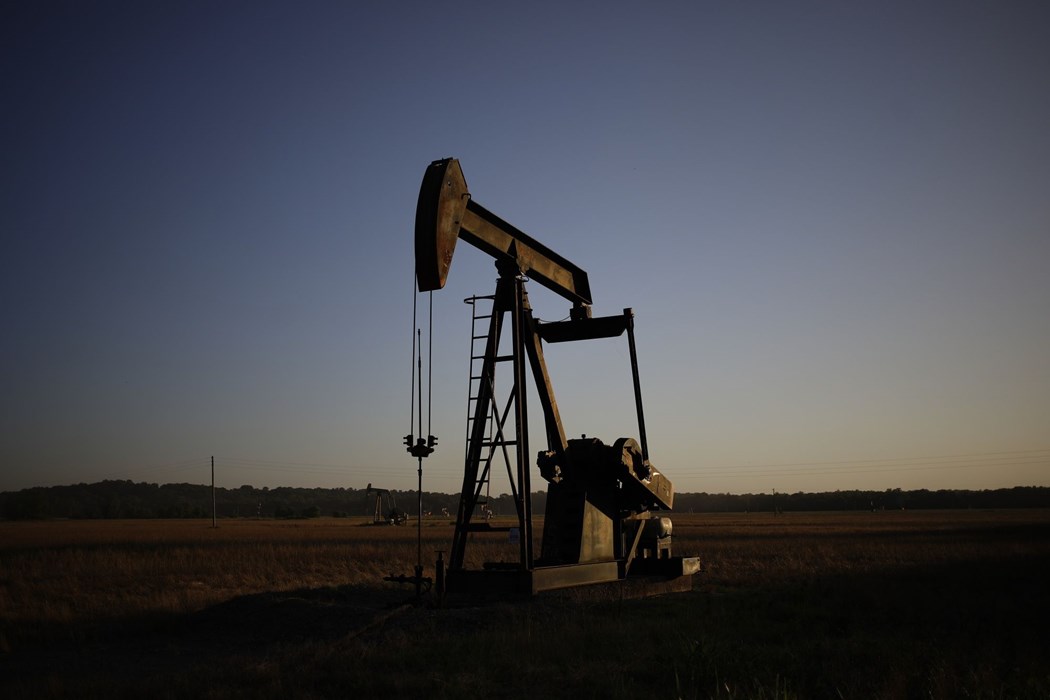 Oil retreated along with other key commodities as concern over a global economic slowdown intensified, with Federal Reserve Chair Jerome Powell warning that a US recession is possible.

(Bloomberg) -- Oil retreated along with other key commodities as concern over a global economic slowdown intensified, with Federal Reserve Chair Jerome Powell warning that a US recession is possible.

West Texas Intermediate sank toward $103 a barrel after closing at a six-week low on Wednesday. The US benchmark has lost more than 15% since the close on June 8 as the drumbeat of warnings over the state of the world’s economy has grown steadily louder, drowning out signs the oil market remains tight.

Powell said while he didn’t see the likelihood of a recession as particularly elevated, it was a possibility. Commodity price hikes were “clearly” connected to the war in Ukraine, he said. Crude’s retreat has been accompanied by deep losses in other raw materials, especially base metals such as copper. 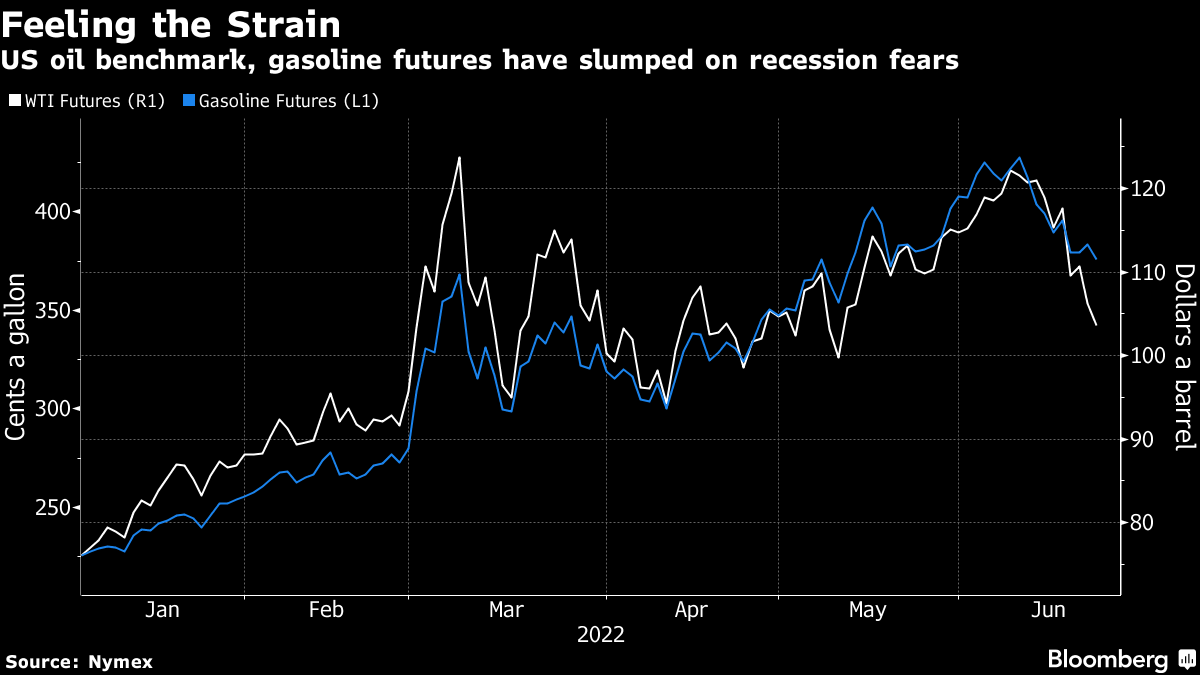 Oil is rapidly giving up its gains in what’s been a volatile quarter as investors attempt to gauge the trajectory of the US economy and its impact on raw materials. While demand seems to be picking up in China, the world’s biggest importer, the country’s Covid Zero policy means there’s a constant risk of more virus lockdowns. There’s around a 50% chance of the world economy succumbing to a recession, according to Citigroup Inc. and Deutsche Bank AG.

“A slowdown in global growth is a risk to oil demand, which could help ease some of the tightness in the market,” Warren Patterson, head of commodities strategy at ING Groep NV in Singapore, said in a note. “Already, we have seen demand estimates revised lower.”

There’s still no consensus among major banks on oil’s outlook, however. Goldman Sachs Group Inc. said in a note on Tuesday that demand is still running ahead of supply, while warning that the Fed “cannot print commodities.” Citi sees oil dropping into the year-end and beyond.

Russia’s war in Ukraine, which has upended oil flows, will extend into a fifth month on Friday. China and India may be buying more Russian oil than the US previously believed, easing a supply crunch in global markets, Cecilia Rouse, chair of President Joe Biden’s Council of Economic Advisers, said Wednesday.

A US industry snapshot pointed to higher inventories. The American Petroleum Institute reported crude holdings rose by 5.6 million barrels last week, while gasoline holdings also climbed, according to people familiar with the data. Official figures from the Energy Information Administration have been delayed.

While prices have been in retreat, the market remains in backwardation, a bullish pattern marked by near-term costs above longer-dated ones. Brent’s prompt spread -- the difference between its two nearest contracts -- was $3.06 a barrel in backwardation, compared with $2.73 at the end of last week.

There are also other signs that physical markets remain tight, with US processors reluctant to commit investment, and a big chunk of Chinese processing capacity not being used. There’s no great relief coming in US refining capacity, said Mark Lashier, president of Phillips 66 Co.

“The price action in the futures markets is at odds with the reality of the tightness of physical markets,” said Jeffrey Halley, senior Asia Pacific market analyst at Oanda. However, recession concerns and slowing China markets could mean a cap on oil for the moment, he said.