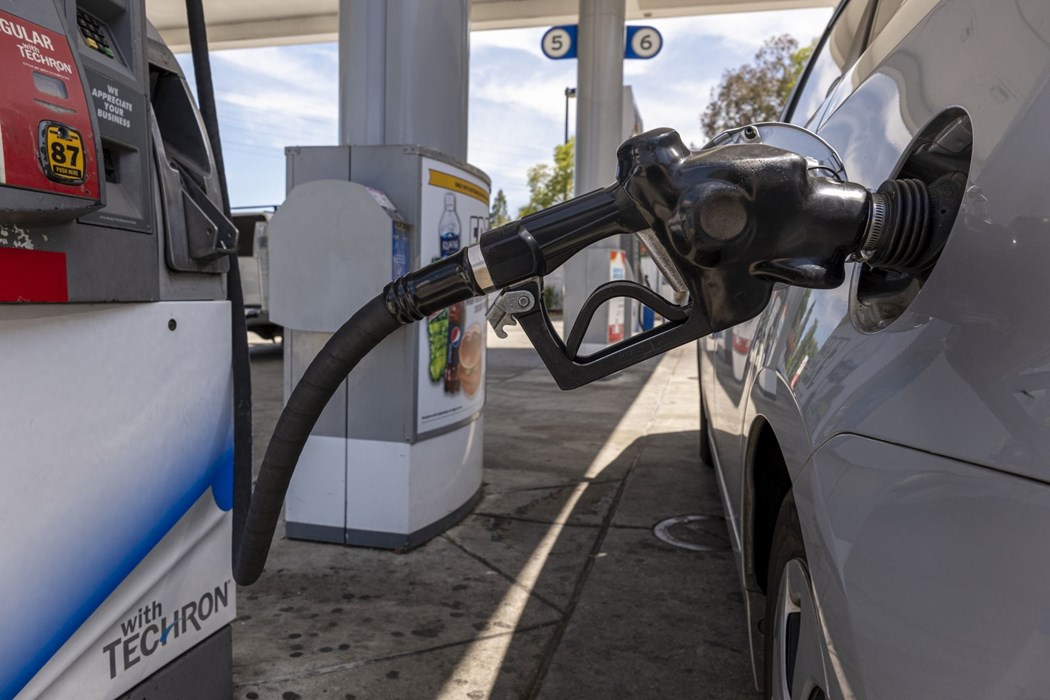 California families would get as much as $1,050 to offset rising gas prices and inflation under a tentative agreement between Gov. Gavin Newsom and Democrats in the Legislature.

ure>
A fuel nozzle in a car at a Chevron gas station in Pinole, California, U.S., on Wednesday, June 22, 2022. President Joe Biden called on Congress to suspend the federal gasoline tax, a largely symbolic move by an embattled president running out of options to ease pump prices weighing on his party's political prospects. Photographer: David Paul Morris/Bloomberg

(Bloomberg Law) -- California families would get as much as $1,050 to offset rising gas prices and inflation under a tentative agreement between Gov. Gavin Newsom and Democrats in the Legislature.

Although a deal on the roughly $9 billion cash relief package isn’t final, lawmakers agree on a handful of other tax policy changes as part of a state budget package of about $235 billion. Those items include a sales tax exemption for diesel fuel and exclusion of forgiven 2021 Paycheck Protection Program loans from state income tax.

Lawmakers and the Democratic governor face a July 1 deadline to finalize details on the cash relief plan and enact the bulk of the state budget package in time for the new fiscal year. Senate and Assembly floor votes on the package are likely to take place on Wednesday or Thursday.

Newsom spokesman Anthony York said no formal agreement has been reached. In a written statement, Senate President Pro Tempore Toni Atkins’ (D) office said Saturday that until all items still being negotiated are final a tentative agreement can unravel.

The framework is similar to demands from Democratic leaders to target relief based on income, and abandons Newsom’s push to send $400 to every car owner, with a maximum of $800, regardless of income.

Beyond direct cash relief, lawmakers and the governor agree on multiple tax changes that are included in companion bills (A.B./S.B. 194, A.B./S.B. 201) that go along with the primary funding measure. The bills would:

Still to come are possible agreements on changes to state taxes on cannabis, a tax credit for union dues, a return to the federal schedule for making estimated income tax payments in 2024, and funding to ease an unemployment insurance tax increase on employers coming in January.

To contact the reporter on this story: Laura Mahoney in Sacramento, Calif. at

To contact the editors responsible for this story: Jeff Harrington at ; Kathy Larsen at

Chevron to Sell California Campus, Move Some Staff to Texas