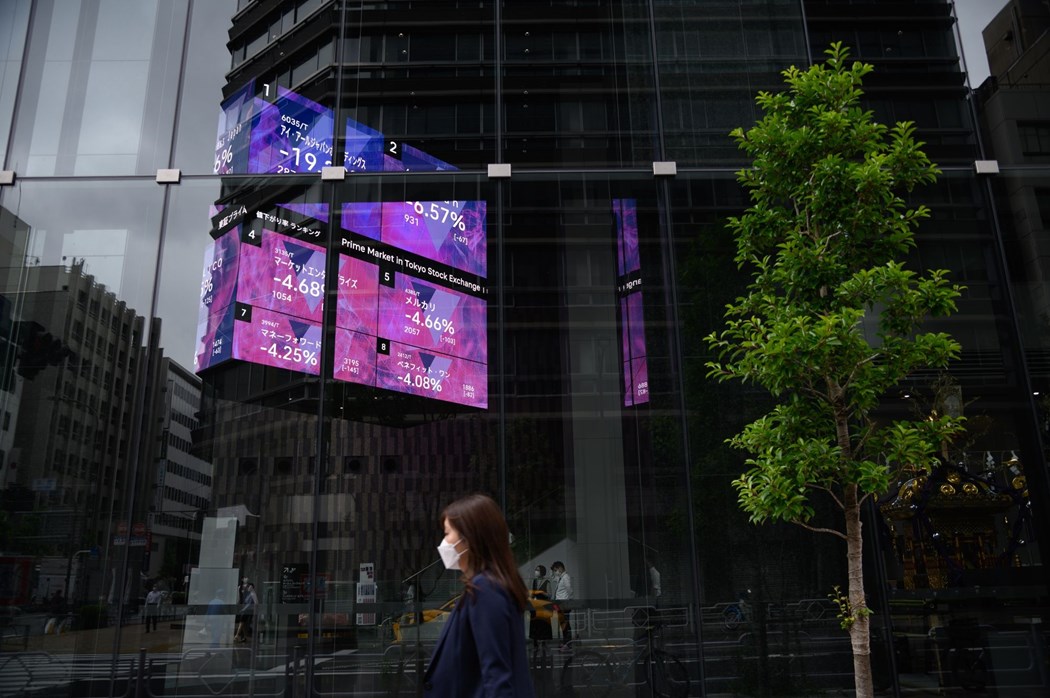 (Bloomberg) -- Asian stocks and US equity futures pared gains Tuesday amid a jump in Treasury yields and as an earlier lift to investor sentiment from a potential improvement in US-China ties ebbed.

An Asian share index came off session highs, in part as China turned lower. S&P 500 and Nasdaq 100 contracts made modest gains from Friday’s close. US markets were shut Monday for the Independence Day holiday.

The US may announce the rollback of some China levies as soon as this week to counter high inflation. Officials could also unveil a probe into industrial subsidies, which might lead to more duties in strategic areas like technology.

The drop in Treasuries was led by shorter maturities, including a surge of as much as 13 basis points in the two-year yield. That extended a global bond retreat that began in Europe on Monday.

Speculation has intensified that President Joe Biden may reduce some Trump-era tariffs on $300 billion in Chinese imports. Policy makers are under pressure to tackle inflation, which has forced interest-rates higher, sapped economic expansion and contributed to steep equity and bond losses this year.

“Markets are likely to react positively on a knee-jerk because at this point we are hungry for any signs of positive news,” said Charu Chanana, senior markets strategist at Saxo Capital Markets Pte. “But we don’t see the move impacting the global growth and inflation dynamics in a significant way.”

In Australia, the central bank rose key interest rate as expected to 1.35%. It’s among more than 80 central banks to have raised rates this year. The nation’s dollar erased gains against the greenback after the decision.

Bitcoin versus Ether? Stablecoins versus central bank digital currencies? What are NFTs really? What is the next shoe to drop in the crypto washout and where will the next bubble inflate? Click here to participate in this week’s MLIV Pulse survey, which takes only one minute and is anonymous.