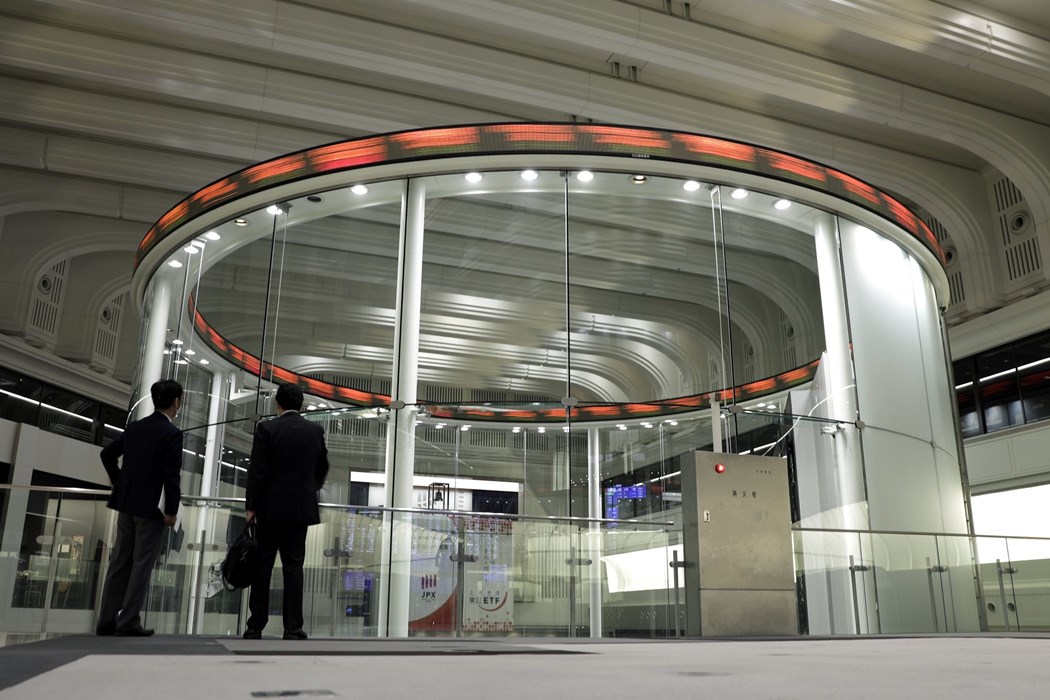 (Bloomberg) -- US stocks fell on Thursday after the Bank of England joined global central banks in driving interest-rate hikes to quell inflation. The US yield curve remained inverted as recession fears persisted.

The S&P 500 and the Nasdaq 100 pushed lower, after swinging between gains and losses as thin liquidity in the summer amplified market moves. Both indexes were dragged down by the slump in Apple Inc. and Fortinet Inc.’s shares. The latter fell after trimming its service-revenue forecast. However, Alibaba Group Holding Ltd.’s strong report drove a rally in its tech peers, pushing up some of the Nasdaq 100’s constituents such as JD.com Inc. and Pinduoduo Inc.

Treasury yields fell after wobbling earlier in the session, with the 10-year rate around 2.67% after pushing past 2.80% on Wednesday. US initial jobless claims rose slightly and are holding near the highest level since November, data showed Thursday.

The bond market, especially the persistently inverted Treasury yield curve, is flashing warnings on the economy amid a global wave of monetary tightening. But a rebound in equities, with the S&P 500 enjoying its best start to an earnings season since 1997, has defied the drama in Treasuries.

“There is a mismatch between what the Fed is saying and what the markets are doing,” said Matt Maley, chief market strategist at Miller Tabak + Co. “One of them is terribly wrong. If it’s the markets who are wrong, the next few months are going to be quite ugly.”

A flurry of economic data that released this week assuaged fears of a downturn while hinting at stabilizing growth. All eyes will be on the US jobs report on Friday for further clues about the Fed’s path of rate hikes.

“There’s an intense tug-of-war happening in the economy and markets,” said Dan Suzuki, deputy chief investment officer at Richard Bernstein Advisors. “On one side, you have a narrative that reasonable growth is going to support continued inflation pressure and keep the Fed hiking. The other narrative is that slowing growth is going to ease inflation and allow the Fed to stop hiking.”

Benchmark gilt yields tumbled after UK policy makers warned of a long recession and said its rate path was not pre-set.

US-China tension remains among the uncertainties clouding the outlook. Taiwan braced for the Chinese military to start firing in exercises being held around the island in response to US House Speaker Nancy Pelosi’s visit.

Oil fell as investors weighed weaker US gasoline demand and rising inventories against a token supply increase from OPEC+. Gold advanced and Bitcoin oscillated near $23,000.