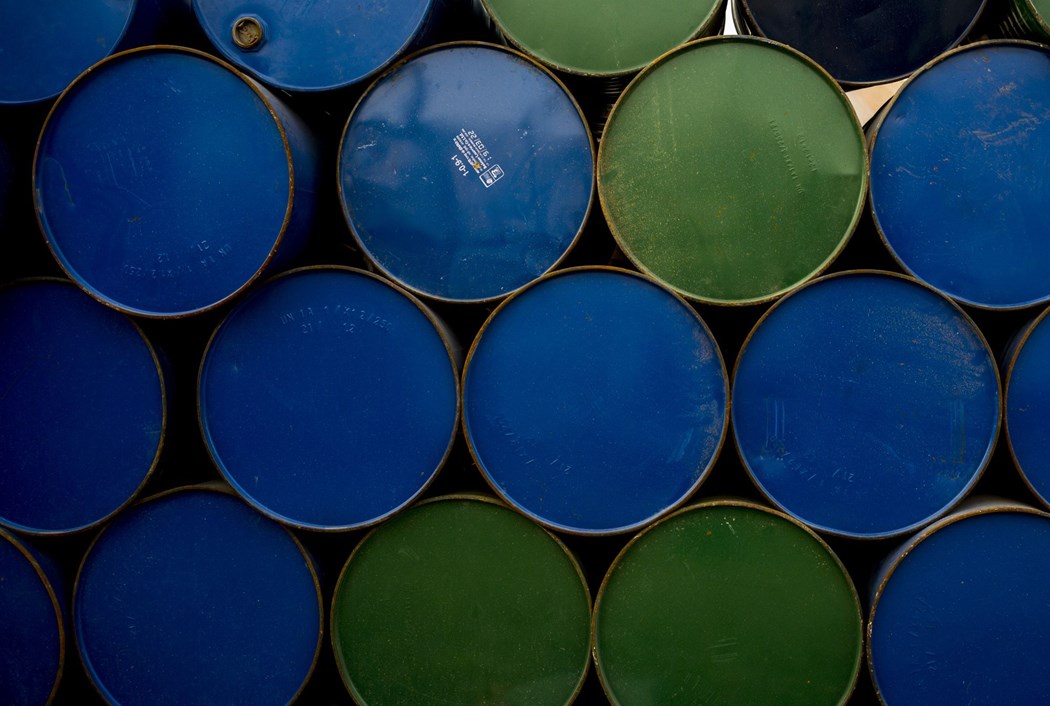 Oil barrels in Faridabad, India, on Sunday, June 12, 2022. Extreme weather conditions in some nations, combined with Russia’s invasion of Ukraine, have led to a global squeeze in supplies of fossil fuels, and sent prices of oil, natural gas and coal soaring. Photographer: Anindito Mukherjee/Bloomberg

(Bloomberg) -- Oil headed for the biggest weekly gain in four months on interruptions to supply and speculation fuel switching will buoy demand.

West Texas Intermediate traded above $94 a barrel, up by more than 5% this week. Six oil and gas fields in the Gulf of Mexico have been shut after a leak at a Louisiana booster station halted two pipelines. The conduits are expected to resume service on Friday, according to Shell Plc.

The International Energy Agency boosted its forecast for global demand growth as soaring natural gas prices and heat waves spur demand. Global consumption will rise by 2.1 million barrels a day this year, up 380,000 a day from the agency’s previous forecast. In addition, the IEA said OPEC+ is unlikely to increase output in the coming months because of limited spare capacity.

Crude’s substantial weekly gain follows a drop to a six-month low last week as investors fretted about the outlook for slower economic growth and weaker consumption. Prices have also benefited in recent days from a brief halt to supplies along a pipeline that carries crude from Russia to central Europe, as well as a weaker dollar after data showed an easing in the pace of US inflation.

“Oil’s macro sentiment improved this week as inflation worries in the US eased with a drop in gasoline prices,” said Gui Chenxi, an analyst at CITIC Futures Co.

While futures have risen this week, widely-watched time spreads have narrowed, suggesting that market tightness is easing. Brent’s prompt spread -- the difference between the global benchmark’s two nearest contracts -- was at $1.31 a barrel in backwardation on Friday, down from above $3 a month ago.

In contrast to the view from the IEA, the Organization of Petroleum Exporting Countries struck a more pessimistic tone. The global oil market is expected to tip into a surplus this quarter, the group said in its monthly outlook on Thursday, trimming its forecasts for the amount of crude it will need to pump.