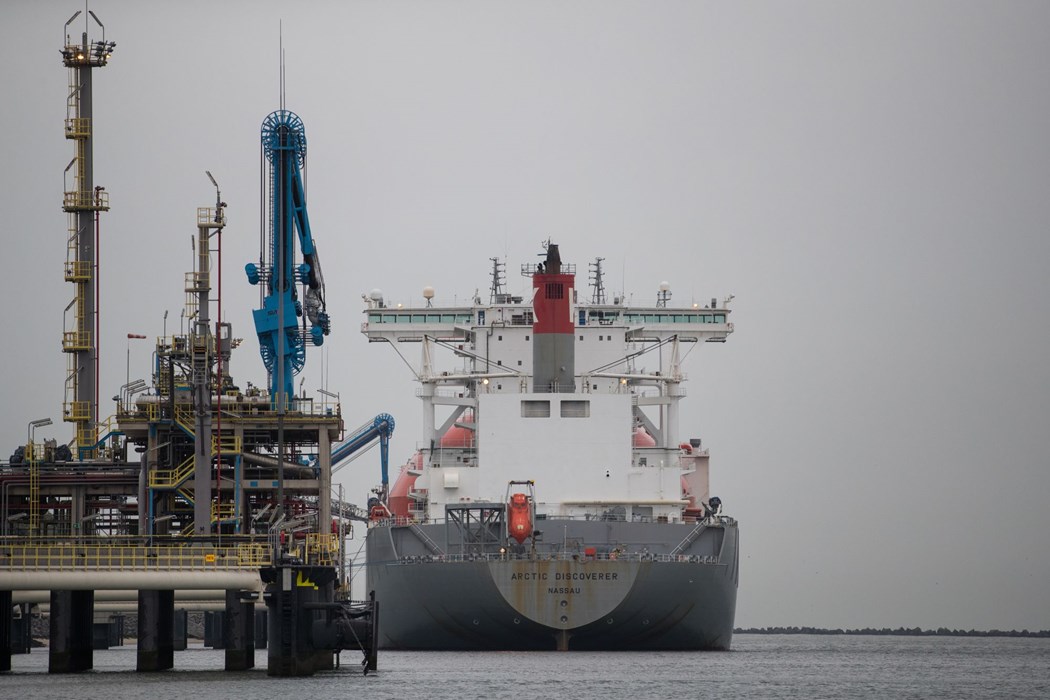 Benchmark futures slipped on Friday, but were about 3% higher this week. Prices surged after Moscow last week slashed supplies through the key Nord Stream pipeline to just 20% of its capacity, citing issues with equipment. But Kremlin insiders have privately said that the cuts are to pressure the European Union over sanctions on Russia, while Berlin has repeatedly said it sees no technical reasons for the reduced flows.

The cuts are reverberating through Europe, lowering industrial output, driving up inflation to the highest in decades and threatening to push major economies into recession. The EU has been racing to stockpile gas for the winter, cutting fuel consumption and boosting imports of liquefied natural gas. The bloc has filled about 71% of its storage sites, in line with the five-year average, which has helped keep prices from rising even further.

“The market appears to have consolidated a bit following the massive increases caused by the reduced flows on Nord Stream,” analysts at trading firm Energi Danmark said in a note. “Further price jumps are, however, very likely if gas supply from Russia to the EU cedes completely.”

The reduction in Russian flows to Europe has helped push up LNG prices everywhere, increasing costs for the EU and other major buyers, analysts at Morgan Stanley said in a note. “With no easy path to meeting Europe’s rising call on LNG, we expect global prices to remain elevated and volatile,” they said.

Dutch front-month gas, the European benchmark, was 1.3% lower at 196.58 euros per megawatt-hour by 1:16 p.m. in Amsterdam. The UK equivalent contract slipped 0.9%, but is also poised for a third weekly advance.

One of Nord Stream’s turbines -- critical to boosting flows through the link -- is still in Germany following repairs in Canada, amid a stand-off over its return to Gazprom PJSC. The Kremlin said Thursday that it would like to get the unit back, but the company needs documents to show that it isn’t subject to international sanctions. Three more turbines, that are still in Russia and need maintenance, could be subject to the same sanctions risks, according to Gazprom.

“Anything that the Russians are saying on this is basically an excuse not to provide gas to the European Union,” said Eric Mamer, spokesman for the European Commission. “Of course, there is blackmail on the side of Russia when it comes to the supply of energy.”

Traders also remain on edge as several gas facilities that are crucial for Norwegian supplies to the UK and continental Europe, are scheduled to start seasonal maintenance next week. The works would add to the market’s tightness.

Still, there’s some better supply news from elsewhere. A major LNG export terminal in the US, shut this year after a blast, signaled this week that it could restart in early October at almost full capacity. That should bring a relief to Europe just before winter demand starts to kick in.