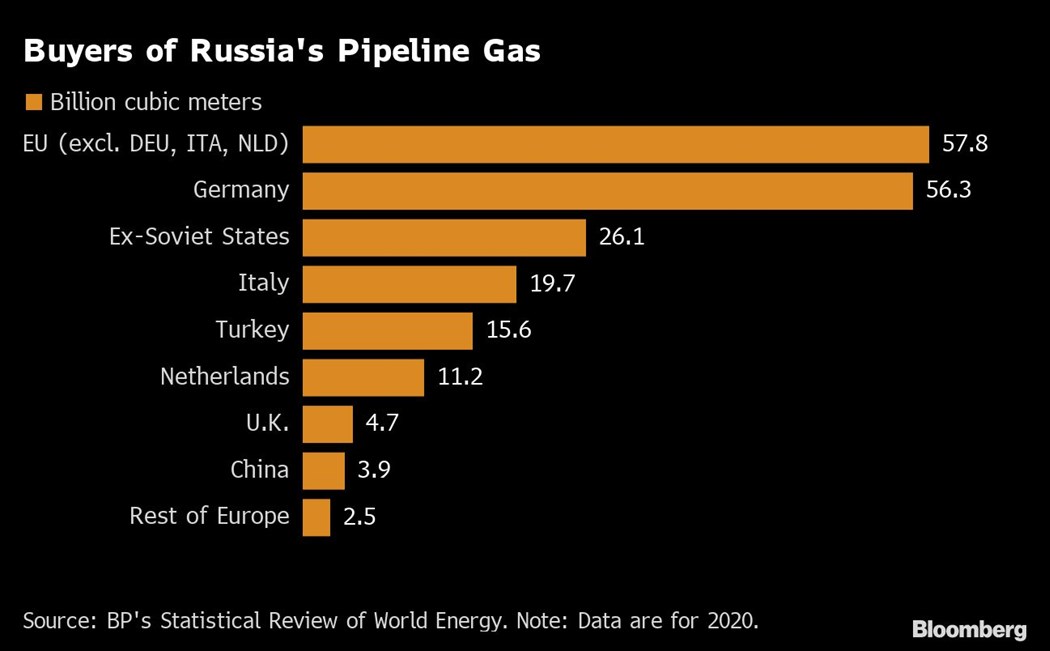 A coalition of European Union states led by Denmark called for faster talks about a massive green transformation as the best way to end the region’s dependence on Russian energy following the invasion of Ukraine.

(Bloomberg) -- A coalition of European Union states led by Denmark called for faster talks about a massive green transformation as the best way to end the region’s dependence on Russian energy following the invasion of Ukraine.

EU governments began negotiating reforms to meet a stricter 2030 emissions-reduction goal last year, before the war that prompted some countries, such as Poland, to seek to slow the overhaul. The new push by ministers from 11 member states aims to ensure that the EU sticks to its ambitious green plans while weaning itself off fossil fuels, which it relies heavily on Russia for.

“Now is the time to be bold and to move ahead with determination with the green transition,” ministers from the member states, which include Austria, the Netherlands and Spain, said in a joint document seen by Bloomberg News. “Any delay or hesitation will only prolong our energy dependence.”

The so-called Fit for 55 energy and climate package mandates faster emissions cuts and deployment of renewables as well as greater energy savings. If fully implemented, it would cut the bloc’s gas consumption by 30% this decade, according to the European Commission.

The reforms are also a key pillar of a new European strategy to phase out Russian fossil fuels as soon as possible and cut its reliance on the country’s gas by about two-thirds this year.

“The urgency to save energy and accelerate renewables has never been higher than it is now,” said Rob Jetten, the Dutch minister for climate and energy. “We therefore call on all member states to ensure an ambitious and swift implementation of the Fit for 55 package.”