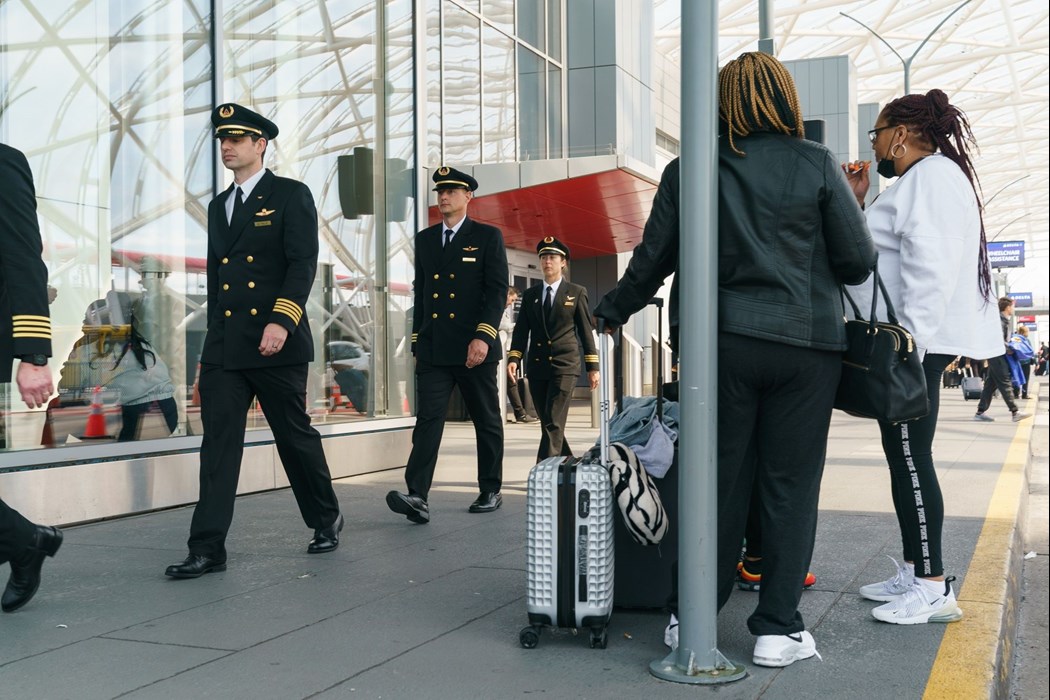 U.S. airlines are facing a pilot shortage that’s complicating efforts to ramp up flights, forcing them to step up training programs, recruit foreign pilots and even replace planes with buses.

(Bloomberg) -- U.S. airlines are facing a pilot shortage that’s complicating efforts to ramp up flights, forcing them to step up training programs, recruit foreign pilots and even replace planes with buses.

The industry needs to hire an average of 14,500 new pilots each year until 2030, according to federal labor statistics. But carriers say there’s no way they can bring on that many due to long lag times for credentialing. Worse, experts say the staffing bottleneck is unlikely to end anytime soon.

“The pilot shortage for the industry is real and most airlines are simply not going to be able to realize their capacity plans because there simply aren’t enough pilots, at least not for the next five-plus years,” Scott Kirby, chief executive officer of United Airlines Holdings Inc. said earlier this week on a conference call. That will likely force United to keep 150 regional planes parked despite increased domestic travel demand, he said.

The issue isn’t new -- airlines already faced difficulty finding and retaining pilots before the pandemic -- but a purging of employees at the start of the downturn in 2020 has left the industry ill-prepared for a rebound. Thousands of pilots accepted buyouts or retired early when federal aid to avoid furloughs failed to cover all the airlines’ labor costs, especially for veteran pilots earning six-figure salaries.

“This is going to be one of the biggest constraints for the industry going forward,” Alaska Air Group Inc. Chief Executive Ben Minicucci said on an April 21 call.

Airlines have scaled back plans for a rapid resumption of pre-pandemic flight schedules. United expects flying this quarter to be down 13% from 2019, while Delta Air Lines Inc. projects a 16% decline,  American Airlines Group Inc. as much as 8% and Alaska Air, about 9%. JetBlue Airways Corp. is trimming 10% of its planned summer flights.

The problem is most acute at regional airlines, where pilot ranks have been depleted by hiring at larger carriers. A beggar-thy-neighbor strategy has left smaller aircraft idle and cut flights dedicated to shorter routes.

“We don’t have the regional aircraft flying the summer right now [that] we would like,” American’s chief executive officer, Robert Isom, told CNBC Thursday. “This is a fantastic opportunity for people that want to come in and fly planes. They can make a lot of money.”

Regional airlines play a critical role in ferrying passengers from smaller markets to hub airports where they board flights operated by larger partners. These work horses of the industry have capacity purchase agreements binding them to one or more primary airlines such as American or Delta, which control scheduling, pricing and ticketing.

“This is the pivotal point,” Faye Malarkey Black, chief executive of the Regional Airline Association, said in an interview. “We have not seen this level of service loss since right after 9-11, when that crisis changed the fly-drive equation. I expect this bad situation to get worse before it gets better, no matter what we do.”

In lieu of puddle-jumper flights, some airlines are linking up with charter bus services. United and American have contracted with Landline Co., a Fort Collins, Colorado-based startup, to ferry passengers and their bags by motorcoach on some shorter routes, allowing them to sell destinations where they don’t fly.

Others are casting a wide net to find staff. Discount carrier Breeze Airways and SkyWest Inc. are both recruiting foreign pilots from Australia.

The industry is hiking pay to attract and retain pilots. But the rapid escalation in labor costs could undermine the business models of deep-discount airlines by limiting their ability to grow and eroding their core cost advantages.

That’s a risk to Spirit Airlines Inc. and Frontier Group Holdings Inc. Those two carriers “require an abundance of pilots willing to work for less than what large airlines pay,” said Jamie Baker, a JPMorgan analyst.  “The sustainability of that model should logically be questioned in the current environment.”

Centrica and Masdar Only Bidders for U.K.’s Failed Bulb