How a Rural Texas Road Project Triggered a Cloud of Methane 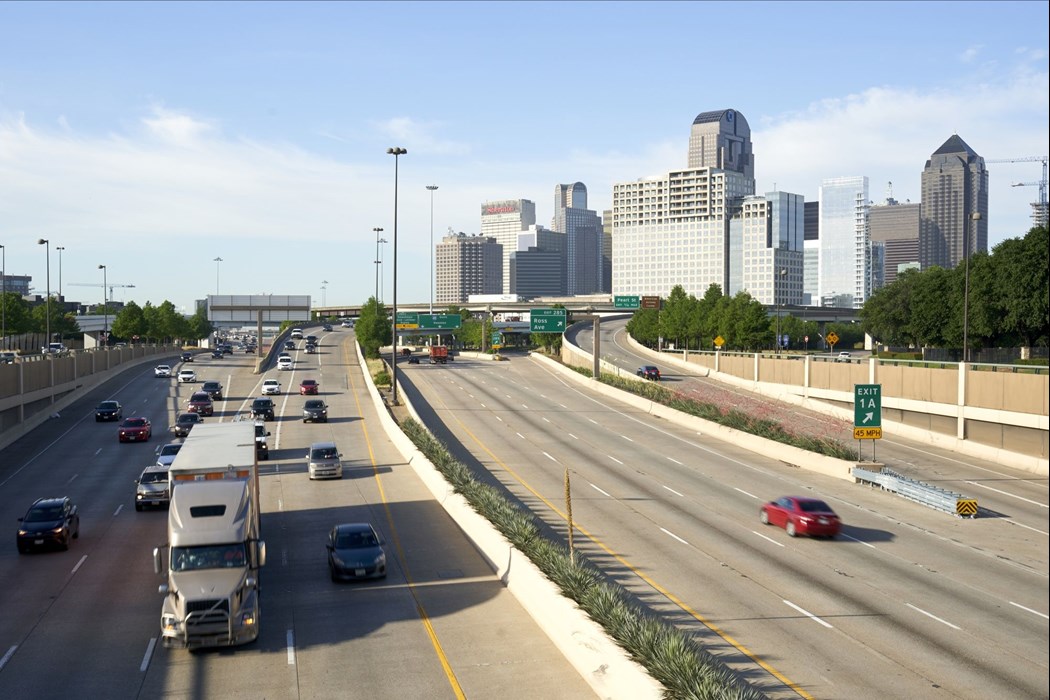 Kinder Morgan spewed the super-warming greenhouse gas to clear a pipeline so a highway could be expanded.

(Bloomberg) -- The widening of a 10-mile (16-kilometer) section of highway in Texas led to the release of methane gas, illustrating how a routine safety measure employed by natural-gas pipeline operators can contribute significantly to global warming.

Kinder Morgan Inc. said it drained part of a line on Nov. 13 that runs near where workers were expanding Highway 271 from two lanes to four. It executed a planned blowdown, releasing gas into the air, a practice the International Energy Agency says should be avoided except in emergency situations because of its climate impact.

The location and timing of Kinder Morgan’s effort to depressurize the segment of pipeline matches two methane plumes detected by satellite  over northeast Texas. Geoanalytics company Kayrros SAS, which analyzed data from the European Space Agency, estimated release rates of 89 and 53 tons an hour and said they probably occurred within a 10-kilometer radius from Kinder Morgan’s pipelines.

Methane is more than 80 times more powerful than carbon dioxide for two decades after it’s released into the atmosphere. If the releases in Texas lasted for an hour, the two clouds would have the potential to trap as much heat as the annual emissions of 2,500 U.S. cars.

Kinder Morgan said it couldn’t confirm with “absolute certainty” that the plumes came from its pipeline. The operator, co-founded by billionaire Richard Kinder, estimated that about 25,000 dekatherms of methane was released. That’s equivalent to roughly 446 tons, or the CO₂ emissions from 8,147 cars on the road for a year in the U.S., according to BloombergNEF analyst Jennifer Cogburn.

Satellite data analysis has shed light on methane plumes all over the world, from Turkmenistan to Russia, that are heating the planet. Gas pipeline operators often release natural gas, whose main component is methane, directly into the air because it’s the most convenient way to get rid of excess product or prevent explosions. But they’re facing increasing scrutiny over whether those emissions are truly unavoidable, even though the practice has been standard in the industry for decades.

The International Energy Agency said in October that companies should avoid all non-emergency methane releases because the gas traps so much heat. Doing so will be a key to keeping the world on a path to limit global temperature rise to 1.5 degrees Celsius, the IEA said, the level that’s needed to avoid catastrophic warming.

While removing gas from pipelines is a necessary safety measure for maintenance and other activities, such as the Texas road expansion, operators can cut emissions by up to 90% through mitigation techniques, according to a 2016 study. Kinder Morgan said it didn’t flare the gas that was released, which would have converted methane into less potent CO₂. Pressure was reduced using an in-line compressor. The company said the emissions intensity rate of its gas — the amount of the greenhouse gas emitted per unit of energy produced — is 0.03%.“Blowdowns certainly are a significant source of methane emissions across the industry,” said Mark Brownstein, senior vice president of energy transition at the Environmental Defense Fund. Regulators “recognize that this is a problem” and are considering whether they need rules to reduce such releases from routine work, he said.